Sasural Genda Phool 2 Teaser: Suhana asks Ishaan to move on from her 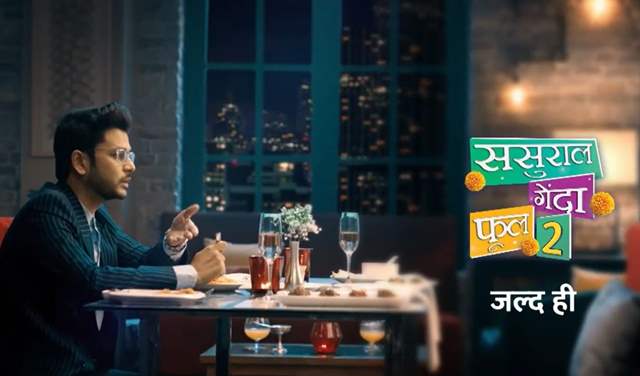 The season of sequels is certainly back where we continue to witness one sequel coming up after the other and while not all of them have been relatively successful, a lot of them have managed to sustain well, the best example being Saath Nibhana Saathiya 2, which clocked one year of runtime recently.

Now, we have another loved show from the back – Sasural Genda Phool coming up with a Season 2. We knew that almost the entirety of the principal cast has reprised their roles but there was one sad news that original leading lady, Ragini Khanna won’t be actively a part of the show. The saving grace to this was that Khanna will indeed make a cameo as Suhana in the show.

The first teaser of the show was recently released and in the same we can see Jay Soni’s Ishaan and Ragini Khanna’s Suhana sitting across each other on a table in a restaurant. Suhana is literally playing a matchmaker for Ishaan. But Ishaan reminds Suhana that he promised her that there will be no one except her in his life. Suhana tells that as he had promised her, she is relieving him from the promise. But Ishaan is hell-bent and stubborn that he cannot imagine anyone else in his life except from her.

It is indeed an interesting way the show is taking with the second season, and while it would have been a risk to continue without Ragini Khanna but it is still a smart decision to enroll her in a cameo and have the viewers warm up to the second season.