Shah Rukh was asked about Priyanka Chopra’s engagement. His response is winning the internet 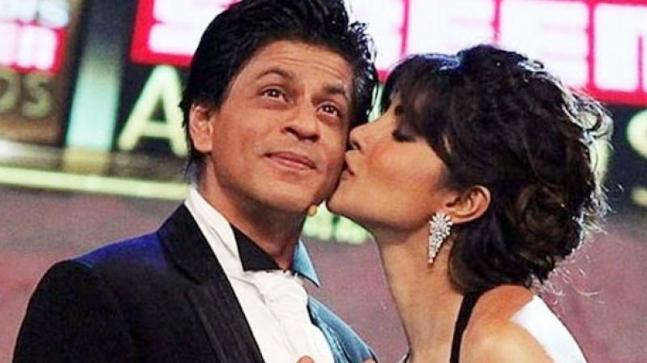 At an award show on Tuesday, Priyanka Chopra’s engagement with Nick Jonas was a much-discussed topic. While Kangana Ranaut confirmed the rumours and expressed her joy for the couple, Shah Rukh Khan was also asked what he felt about it.

SRK isn’t just the king of romance, he is the prince of wit, and his reply was just too epic to miss. He answered, “Even I am getting married. I’ll send you an invite. I will send you the card for the reception and also, do come for the mehendi.”

After that, the cameras spotted Shah Rukh and Priyanka stepping out together at 3am, an incident that the two actors brushed off as rehearsals for an award show.

Gossip columns, back then, said how Shah Rukh’s wife Gauri intervened and snapped all ties with Priyanka. She made sure that Shah Rukh and Priyanka were never seen in public together, say rumours. And that’s how it’s been for years now.

After months of making headlines with their dinner dates, Mumbai visit and pictures on social media, Nick and Priyanka got engaged on PeeCee’s 36th birthday in London. The two are expected to seal the deal on September 16, which is Nick’s 26th birthday.