Shilpa Shetty on Super Dancer 4: I’m proud that women have the power to fight any battle 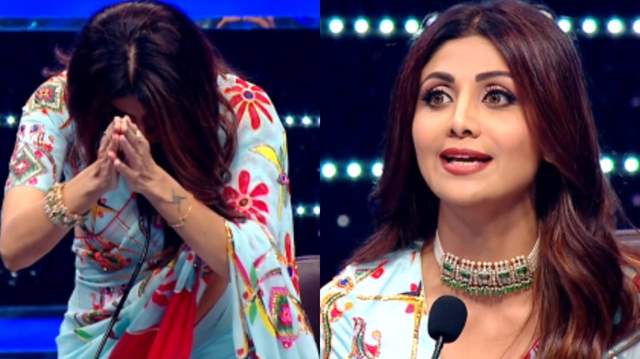 It’s been a while since businessman and Shilpa Shetty’s husband Raj Kundra was arrested in a pornography-related case. While the trouble kept mounting for the family, Shilpa stood strong by her children. Amid the entire controversy and court trials, the actress took a break from Sony TV show Super Dancer Chapter 4 and she is finally back on the sets.

The actress was definitely missed on the show for her heartwarming comments and motivation that she gave to the contestants. Her beauty, fashion statement, smile, laughter and the sense of humor have a different fan following altogether. The actress has been going through an emotional turmoil but following the saying ‘The Show Must Go On’, Shilpa will be seen spreading her charm in the upcoming episode of the show.

Contestants Anshika and Aryan performed an act dedicated to Rani Lakshmi Bai. Post the performance, Shilpa spoke about how Rani Lakshmi Bai’s story is extremely inspirational and is almost every women’s story who fight the world without their husbands. Shilpa, in his shaky yet convicted voice stated that she’s proud of the power that a woman is bestowed with which enables her to fight many battles.

Featured Video
Furthermore, Shilpa bowed down for all such strong and inspiring women who flaunt their scars as a badge of honor. It can be assumed that indirectly, Shilpa spoke about the hardships that she has been going through.

Are you excited to catch Shilpa Shetty in the upcoming episode of Super Dancer Chapter 4? Hit the comment section below.