Shiva lashes out at Raavi; Gautam gets stressed in ‘Pandya Store’ 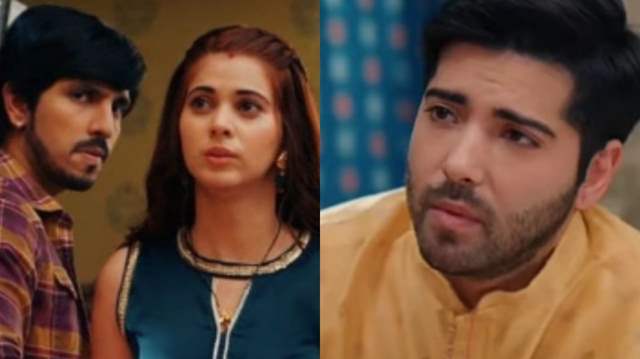 Star Plus show ‘Pandya Store’ is getting quite interesting with each passing episode. The current track of the show revolves around growing differences between Shiva and Raavi. Gautam and the Pandya brothers have decided to do a special pooja for Gautam and Dhara’s baby for which they have to walk 25 kilometers without taking breaks.

In the upcoming episode, Raavi tries a dress and looks in the mirror. Shiva enters, Raavi asks him his opinion on the dress. Shiva yells at Raavi and tells her that he isn’t capable of praising her beauty in fluent English like his friends in the market were doing. Raavi tries to make him understand her point of view but he doesn’t budge. Raavi tells him that she is trying her level best to make their marriage work, but she would require Shiva’s help as well. Shiva barges out saying she shouldn’t adjust for him. Raavi remains upset.

Dev sees Raavi disappointed and talks to her. Raavi states that Shiva has always been fighting with her since her childhood. Before Raavi could complete the sentence, Shiva overhears it and misunderstands her. He states that she shouldn’t say the same things to everyone in the world. Raavi and Dev try to speak but in vain. Raavi returns to her room, Shiva switches off the light. Raavi stumbles and falls on Shiva. Shiva gets rid of the physical proximity leaving Raavi disappointed.

Suman asks Gautam about the reason of his worry. He states that he is worried as the pooja is quite difficult. Suman tells him to leave everything on God. Anita mixes oil with water in the pots.