Shiva to leave Raavi dressed as a bride; police to arrest Raavi in ‘Pandya Store’ 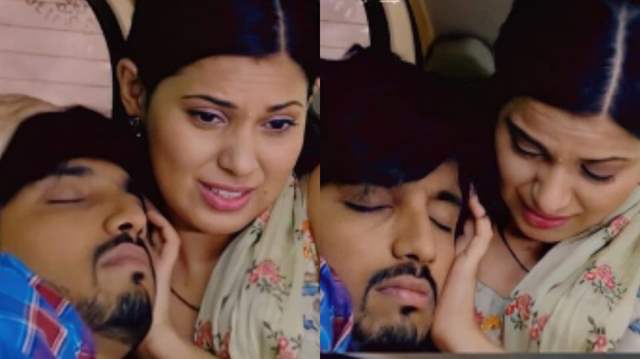 Star Plus show ‘Pandya Store’ is getting quite interesting with each passing episode. The current track of the show revolves around Raavi wanting to forcefully marry Shiva while Suman wants Shiva to kidnap Raavi and get her married to a groom selected by Prafulla. In the previous episode, Gautam and Shiva got drunk.

In the upcoming episode, Raavi takes Shiva in the vehicle while Dhara takes care of Gautam as the family leave for Dharamshala. Raavi admires Shiva and apologizes to him for kidnapping him. She states that this time around he will not regret marrying her as she will fill his life with happiness and smiles. Shiva holds Raavi’s dupatta in his sleep leaving Raavi happy.

Suman informs Prafulla that Shiva kidnapped Raavi but she is scared if Raavi will forcefully marry Shiva. She says that she’ll reach Dharamshala and asks Prafulla to reach there too.

Dhara wakes Gautam up and pretends to be angry. She states that in order to cajole her, he will have to fulfil two conditions. First being that Raavi and Shiva’s wedding gets successfully done without any obstacle and the second one being getting them Suman’s blessings. Gombi agress for the first condition and says he will try for the second one.

Raavi gets dressed as a bride. Krish informs her that Shiva ran away and left a letter stating that she doesn’t want to get married to her. Raavi breaks down. She hugs Dhara and has an emotional breakdown.

Suman reaches there with cops and asks cops to arrest Raavi.

In the upcoming episodes, Raavi tells everyone that she’ll marry Shiva only by his wish. Shiva is shocked to know that Raavi is the bride.