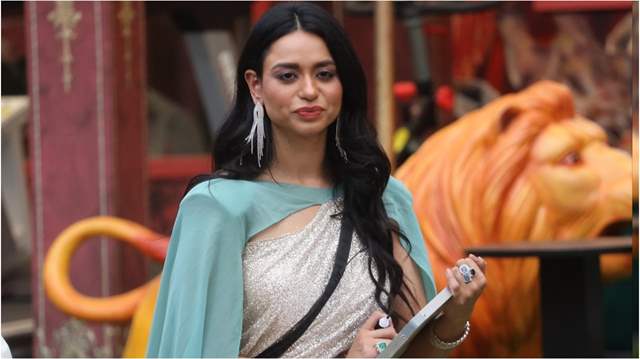 The race for ticket to finale week has already picked pace in the house of COLORS for ‘Bigg Boss 16’, and it is a reminder of how quickly time passes. Nimrit Kaur Ahluwalia became the first contestant to nab the ticket and earn captaincy at the same time. While it will be exciting to witness which contestants win the ticket to finale, the thought of saying goodbye to evicted contestants still haunts the coveted house. Amidst this fierce competition for the ticket among housemates, the ‘Weekend ka Vaar’ announced that Tina Datta, Shalin Bhanot and Soundarya Sharma were in the bottom three according to audiences’ votes. Keeping in mind the three-way tie, Dabangg host Salman Khan then asked the housemates to unanimously decide who they want to evict out of the three through votes. As a result, Soundarya stood evicted from the season.

Soundarya kicked off her stint on the season as one of the strongest contestants and earned a reputation as someone who’s sensitive to and courteous. Her relationship with ex-contestant Gautam Singh Vig was the hot topic of the house and among the viewers of the show. Throughout her journey she was not afraid to defend herself and give as good as she gets. No one can deny that she was among the best cooks of the house and spared no effort when it came to performing tasks.

Soundarya Sharma says, “I’ve had a wonderful time in the house of Bigg Boss 16, and I have mixed feelings as I bid adieu to it. I never thought I would come so far along in the season. It feels great to have a proud family waiting to celebrate my journey on the show. I thank the viewers for their love and support. I’m grateful to the contestants for teaching me lessons that I couldn’t have learnt elsewhere. All the best to all of them and I can’t wait to know who wins this game-changing Season. I hope Archana wins.”