Ssharad Malhotra ties the knot with Ripci Bhatia; Here are the WEDDING PICTURES! 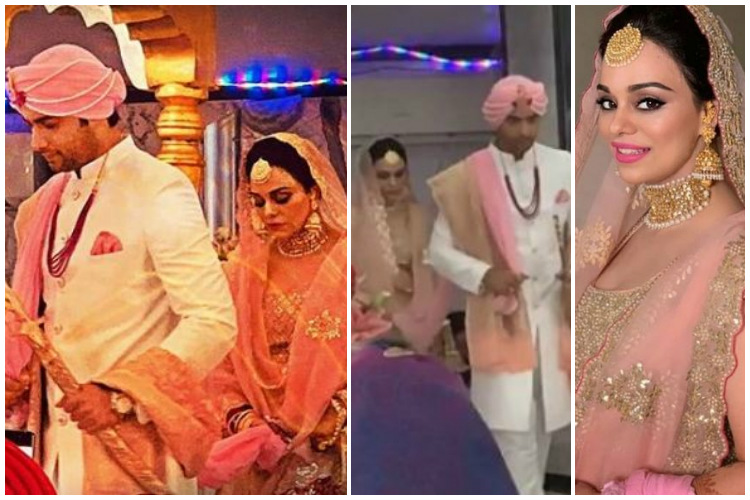 Television performing artist Ssharad Malhotra, who is as of now assuming the lead job of ‘Raunak’ in well known Star Bharat show ‘Muskaan’ inverse Yesha Rughani, is currently a hitched man. The performing artist, who turned into an easily recognized name after ‘Banoo Main Teri Dulhann’ inverse ex Divyanka Tripathi, got hitched to Delhi-based creator Ripci Bhatia today (twentieth April) within the sight of their families and dear companions in a gurudwara in Mumbai.

Ssharad and Ripci traded marital promises in a customary anand karaj service and their wedding pictures are currently doing the rounds via web-based networking media. Investigate the photos underneath:

In the photos, Ssharad Malhotra is looking attractive as ever in a white sherwani and pink pagdi though lady of the hour Ripci is looking beautiful in pink.

After the customary anand karaj function, Ssharad Malhotra and Ripci Bhatia allegedly made it official by enlisting their marriage.

The recently hitched couple, who got occupied with February this year in a roka function, will currently have their first wedding gathering today around evening time for their families and companions. They will supposedly have another gathering in Kolkata on third May.

Ssharad and Ripci need to sit tight for their special night as the performing artist isn’t getting any leaves because of his furious calendar and he’ll before long resume shooting for ‘Muskaan’. As announced before, he just got three days off for his wedding.

On the expert front, Ssharad made his introduction as a hopeful on ‘India’s best Cinestars Ki Khoj’ and proceeded to highlight in different well known TV demonstrates like ‘Bharat Ka Veer Putra – Maharana Pratap’, ‘Kasam Tere Pyaar Ki’ among others.

Heartiest congrats to the couple!