Surbhi Chandna is all buoyant about working with Nakuul Mehta Again!! 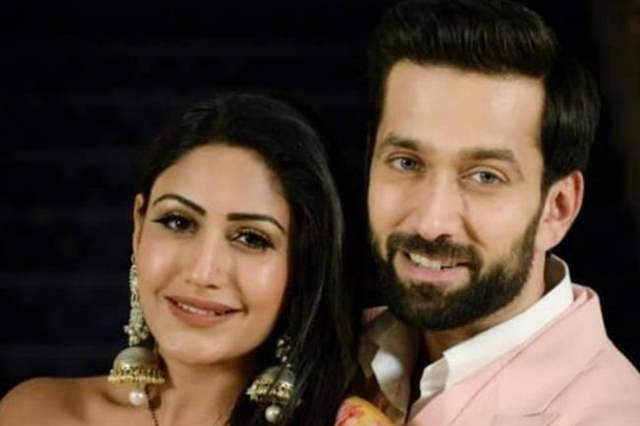 We still remember the crazy love story of Shivaay and Anika from Ishqbaaz. Unfortunately, in-spite of all the love which the fans showered on the show, it was brought to an end. They fans were left yearning for more from Shivika, as they liked to call the jodi of Surbhi Chandna and Nakuul Mehta.

Now Surbhi is back on Tv with a doctor’s coat on, as she essays the role of Dr. Ishani in Sanjivani 2. While we know that she would be mind-blowingly brilliant in her new role too yet we miss seeing Nakuul Mehta in the same frame. In a recent interaction with DNA, Surbhi talked about the same and addressed the concerns of the fans.

“The audience has loved us in our previous show,” Surbhi says, “I am sure we will definitely get a chance to work once again in the future.” We too hope the same honey. As far as her new role as a doctor is concerned, Surbhi revealed that she loved playing the ‘Doctor Doctor’ game when she was a kid like the other children of her age at that time.

As she reminisced her childhood she said that she felt really nice to have the toy stethoscope around her neck and used it to check patients (who were Surbhi’s parents and friends), prescribe fake medicines as well. She even used to make those signature white coats out of her school uniform shirt to wear as a doctor! One of her favourite things to do was to imitate a doctor writing prescriptions and scribble on a notepad. God knows how many of them did she prescribe, says a surprised Surbhi.

Surbhi says that her mother always wanted her to be a doctor in real life. While the actress couldn’t fulfill her wish in real, she is effectuating it on reel. And like every daughter she is sure that her mother would be really proud of her. And yes, we of course are!!