Tashan-E-Ishq: What Could Be The Reason Behind Twinkle’s Sudden Disappearance? 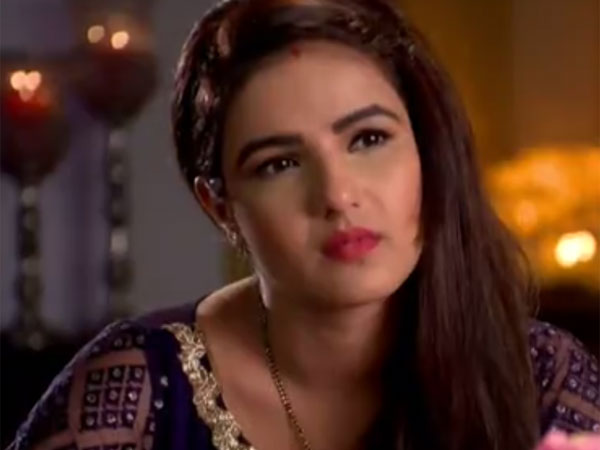 Zee TV’s Tashan-E-Ishq produced by Esselvision productions, is succesful in keeping its audiences glued to television, all thanks to its tweaky storyline. The fans can never be bored with any of its episodes! Guys, with Tashan-E-Ishq, always expect the unexpected! Post the leap, the story has turned out to be more dramatic in true Punjabi style!

Coming to the latest update of the show. Twinkle (Jasmin Bhasin) has been kidnapped! Oops! She has been missing since a week and there is no clue about her whereabouts.Where is she? Well, every viewer would be asking the same question currently, isn’t it? While many thought that Anita has kidnapped Twinkle and blackmailed Yuvi (Zain Imam) to bail her out; a few pointed fingers at Rocky for Twinkle’s sudden disappearance.

Anita confesses to Yuvi that she has not kidnapped Twinkle. On the other hand, Rocky (Naman Shaw) has found some place in the Sarnas’ hearts for saving Bebe. Usha and Bebe blame Yuvi for releasing Anita from jail, even though he fails to convince them. But, Leela trusts him. Rocky’s plan to seek revenge Yuvi is working now, and he seems to be happy about it. Has he kidnapped Twinkle? Mostly not.

Well, what we guess is that Twinkle has been deliberately missing from the Sarna House. Shocked? She might have gone in search of proofs to expose Rocky, while giving hints that she has been kidnapped to divert everyone’s attention. In the upcoming episode, the Sarna family is holding a prayer meet for Twinkle, assuming that she is dead.