Thapki Pyaar Ki To Take A Leap; Thapki To Get A Makeover! 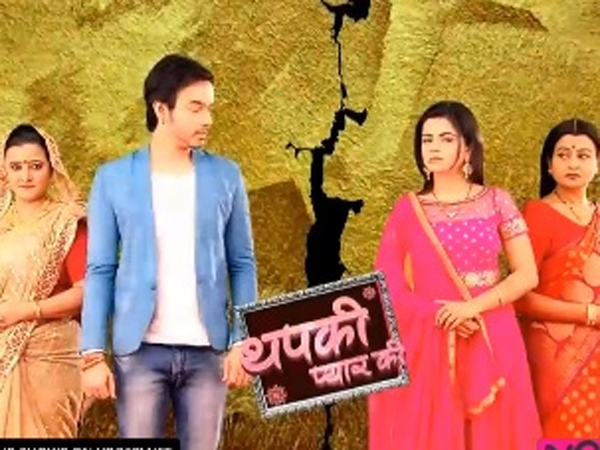 In Thapki Pyaar Ki, Kosi has been creating trouble in Bihaan (Manish Goplani) and Thapki’s (Jigyasa Singh) lives. Although Thapki tries a lot to expose her, Bihaan won’t trust her and takes his mother’s side. The viewers will witness a high voltage drama that will separate Bihaan and Thapki! Read on to know more…

In the previous episode, we saw how Kosi tells Thapki that she has placed a bomb in the candle that is placed near Bihaan on the dining table. Thapki, without realising it is Kosi’s trap, rushes to save him. She even blows off the candle, and tells Bihaan that Kosi wants to kill him!

Like always, Bihaan doesn’t trust Thapki and thinks that she wants to separate him from his mother. He asks Thapki to show evidences against Kosi, but she won’t be able to. He proves that Kosi is innocent by keeping the candle until it blows off by itself. The bomb won’t explode and thus he proves Thapki is wrong.Also, Kosi gets hurt and blames Thapki, saying the latter wanted to kill Kosi by placing a bomb in the candle!

When Thapki asks Dadi to reveal how bad Kosi is, Dadi refuses to support her! Apparently, Kosi would have threatened to kill Dadi, which makes the latter to go against Thapki!As all the evidences are against Thapki, Bihaan is frustrated of Thapki and her drama. He throws her out of the Pandey Niwas.

Well, this is not the end of the story. According to the latest spoiler, post the fight, Thapki meets with an accident and the family members think that she is dead! The show will take a leap of two years. And Thapki will be back in a new avatar after being rejected by Bihaan. She will get a makeover! Post leap, Thapki will be seen as a business woman!