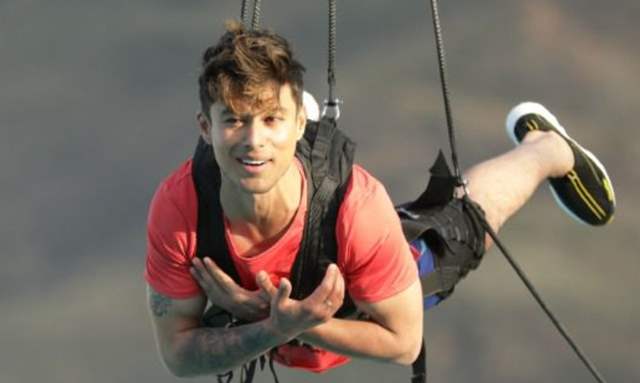 The competition on Khatron Ke Khiladi has been only getting interesting with every passing weekend leaving viewers thoroughly entertained. In yet another ‘dhamakedaar’ weekend, the daredevil khiladis will put their best foot forward as they pass the baton of fear in this ‘Relay week’. At the start of the challenge, host Rohit Shetty selects two contestants to participate in the stunts. Like a relay game, each of these contestants get a chance to nominate their fellow contestants to perform the stunt. While the chain of nominating co-contestants continues, the contestants in the end get divided into two separate teams and perform the stunts.

The competition intensifies as Tushar Kalia and Mohit Malik pull yet another fierce fight with each other in the ‘Teeter Totter stunt’. The ‘desi boys’ leave no stone unturned in performing the stunt and give each other a robust fight. Later, the water stunt gets challenging for the Khiladis, as Chetna Pande has a tough time in performing the stunt against Faisal Shaikh. Amidst all difficulties, Jannat struggles in getting through the stunt and eventually faints while performing against Rajiv Adatia

To lighten up everybody’s mood later, the action maestro who is known for his comic timing plays a prank with Pratik. He asks Pratik to take a chopper ride that faces turbulence and shakes in the air. He is then told to stay put in the chopper and not move as the chopper makes its way out in the air. Pratik gets terrified; however he takes a sigh of relief when the host reveals that he has been pranked.

To know more, tune into Maruti Suzuki presents ‘Khatron Ke Khiladi’, Charged by Thums Up, trusted partner Kajaria , every Saturday and Sunday at 9 pm only on COLORS