The wait is over! Sony Entertainment Television’s India’s Got Talent announces its Top 14 contestants! 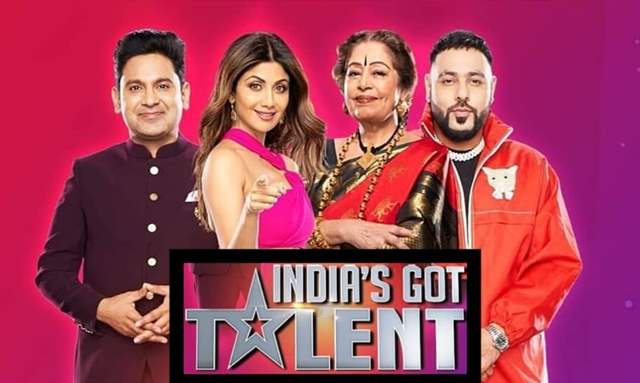 Welcoming unique talent from all over India, Sony Entertainment Television’s talent reality show, India’s Got Talent premiered on a high note on 15th January. Hosted by Arjun Bijlani and judged by an eclectic panel of judges – Shilpa Shetty Kundra, Kirron Kher, Badshah and Manoj Muntashir, the 9th season of the show has been successful in bringing forward some unique and unmatched talent from across the country. Through this season’s ‘Gazab Desh ka Ajab Talent’, the show has finally announced its Top 14 contestants, who will compete their way in the journey ahead with an aim to win the coveted title and trophy of India’s Got Talent.

Ishita, a 19-year-old singer mesmerized the judges with her soulful voice by singing Lata Mangeshkar’s popular song ‘Tu Jahaan Jaahan Chalega’, her performance which was an ode to her late father struck the chord with judges Shilpa Shetty Kundra and Badshah where, Badshah praised her with teary eyes and said she deserves to be in the industry whereas, Shilpa Shetty Kundra mentioned that her performance was wonderful and proceeds to go on the stage and hug her. Euphony Band, a group of 8 members performed the classic compilation of ‘Khoya Khoya Chand’ and ‘Roop Tera Mastana’ with several interesting elements including vocal harmonies, flute, beatbox, and a rap session. This group is quite famous for their mash-ups and Badshah who already knew the band, was enthralled to meet them and said, they are like wine, with time they’re getting better. 25-year-old Saathi Dey stunned the judges with her ‘edge of the seat’ aerial act but with a twist. To date, we have witnessed many aerial acts on Indian Television but Saathi surprised one and all by swinging on an aerial balancing the entire act with her hair. Shilpa who was immensely moved by Saathi’s performance, went on stage to hug and appreciate her performance. Sand artist Nitish Bharti left everyone speechless and emotional with a sand art depicting a mother-son relationship encapsulating the struggles and hardships women go through with a smile on their faces. Shilpa who was visibly emotional watching the act mentioned that she worships her mother and genuinely believes that whatever she is today is because of her mother.

Workout Warrior’s body balancing act using poles was so sharp that it made Manoj Muntashir go, “Wow!”. Not only this but Kirron Kher who highly appreciated their performance said that their act by far, throughout the seasons was class apart! Demolition Crew, a group of 26 members caught everyone by surprise with their power-packed performance. The crew’s performance left Badshah speechless while Shilpa pressed the Golden Buzzer. Bad Salsa blew the judges minds with a raging performance and showed the viewers and the judges some ‘never seen before’ salsa moves. Musician duo Divyansh and Manuraj’s unique collaboration of beatboxing and flute made Badshah call it a lath tod performance. Badshah even went on stage and rapped ‘Kar Gayi Chull’ with the duo and bestowed them with the Golden Buzzer.

It is said that magic is an art that requires a very high level of attention and concentration. Magician B.S Reddy, the first Indian to receive an Oscar for Magician from the USA displayed some unbelievable magic! From levitating a girl in the air to making a couple disappear in front of the judges, B.S Reddy left everyone stunned. Crazy Hoppers astonishing dance performance impressed judge Kirron Kher to such an extent that she couldn’t resist giving them the Golden Buzzer.

Impressing the judges with their gravity-defying acrobatic stunts, the Warrior Squad raged on the platform, winning everyone’s hearts. Their stunning gymnastic moves made Shilpa stand on the judge’s panel to praise them. Rishabh Chaturvedi aspired to be an accomplished singer from a young age and owns a studio and music company. The young singer who has been part of several reality shows aims to make his name in the industry through the platform of India’s Got Talent. Sufi Nizami a group of 8 delivered some soulful performance in front of the judges. Their melodious performance made everyone crazy about them. Bomb Fire Crew surprised all the judges with their powerful performance which included some power packed dance moves and acrobats! Group member Priyanka’s story made Kirron Kher and Shilpa Shetty Kundra emotional.

Last but note the least, adding an element of surprise, the top 15th Contestant chosen will be chosen by the audience in the coming weeks making the show more exciting for viewers!