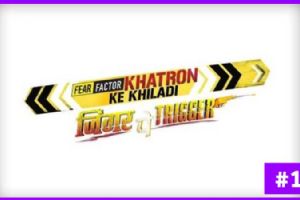 Let’s look at how the shows fared this week..

10. Kumkum Bhagya
Zee TV’s popular show Kumkum Bhagya is always a constant on the the list, in fact is one among the top 5, but this week the show has disappointed. It has seen a great fall and has only managed to settle at the 10th spot with just 2.6 points on the rating chart.

9. Radha Krishn
Star Bharat’s show Radha Krishn is also one of the most successful shows on the channel. Engaging storyline and brilliant performances have made sure the show secures a position in this list. This week it has gained the 9th spot with 2.6 points.

8. Shakti- Astitva Ke Ehsaas Ki
Colors show Shakti has made a surprising entry in the list this week, seems like the thrilling twists are keeping viewers hooked to the screens, and for good. The show has managed to claim the 8th spot with 2.6 points.

7. Yeh Rishta Kya Kehlata Hai
You guys show so much love to this decade old show that it always finds a spot in the list. This week too is no different, as it has gained the 7th spot with 2.7 points.

6. Taarak Mehta Ka Ooltah Chashmah
How can we even forget this evergreen comedy show? The show has gained the 6th spot in the list with 2.7 points on the rating chart.

5. Kundali Bhagya
Zee TV’s highly popular show Kundali Bhagya is one of the most popular shows on television and its constant spot in top 5 of this list is the proof. The show also defeated all-time topper Naagin 3 a few weeks ago to gain the top spot, but this week it has seen a fall down to the 5th spot with 2.9 points on the chart.

4. Super Dancer
Well, popular dancing reality show, Super dancer is back with the chapter 3 and has opened successfully. The show is judged by Shilpa Shetty, Anurag Basu and Geeta Kapoor and managed to claim the 4th spot with 3.3 points on the rating chart.

Sorry Naagin 3 fans, the show has again failed to claim it’s lost throne. The show has claimed the top spot for a long time but last week it settled at the 7th spot which was quite shocking. This week however it has managed to gain the 3rd spot with 4.09 points on the rating chart.

Ace comedian Kapil Sharma is back and how. Last week the show defeated everyone to gain the top spot in the chart and this week too it has maintained the entertainment quotient high, as it claims the 2nd spot with 4.1 points on the rating chart.

Popular adventure-based reality show is back with the 9th season and what a staggering entry into the list it has made. With mind-blowing content and all those popular faces, it is no surprise that it would get the top spot. The show gained a whopping 4.4 points in the rating chart.

Which shows did you find engaging this week? Let us know in the comment section below.