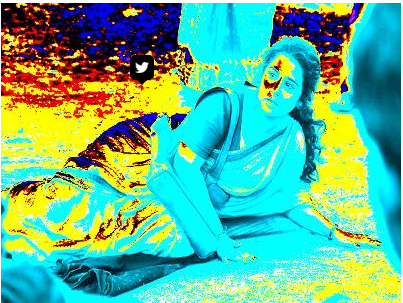 Vidya Balan, who is busy promoting her upcoming film Kahaani 2 on the small screen, will now make an entry in Colors’ show Udaan.

On the show, Kamal Narayan and Ranjana try their best to disrupt the growing intimacy between Vivian and Imli, but Imli spills water in the ‘havan kund’ and their plan will go kaput.

Later, Kamal’s action land him in jail again but he continues to instruct Ragini against Chakor. Simulataneously, Chakor finds a letter which exposes Kamal’s evilness and Ragini hires goons to kill her and Suraj.

In order to escape them, Chakor reaches a village, and finds Vidya Balan. According to reports, since the villagers mistake Vidya for a kidnapper, Chakor comes to her rescue.

Watch the full episode to know what exactly happens.