Will Pushpa’s dream of completing her studies meet an untimely end in ‘Pushpa Impossible’? 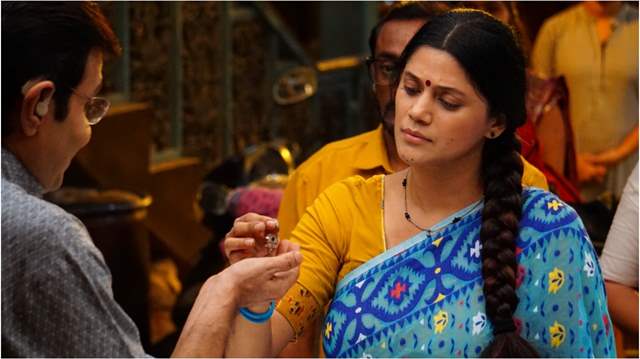 Garnishing its dramatic turn of events with realistic situations, Sony SAB’S ‘Pushpa Impossible’ sheds light on the numerous hardships Pushpa faces as a lady striving to broaden her horizons through education. Although one may find it strange that Pushpa desires to complete her schooling as a middle-aged woman, her sense of dedication is nothing but deeply admired by the fans. However, the recent twist of fate stands to threaten Pushpa’s educational journey.

After losing his job and having his son expelled from school, Prabhod becomes enraged and blames the Patel family for his misfortunes. To get back at them, he decides to publish a malicious article against Pushpa with the intention of getting her kicked out of school as well. Prabhod’s evil plan seemed to have worked, as the parents demand Pushpa’s expulsion and the board of directors at Pushpa’s school assembled to discuss Pushpa’s future at their institution, much to Nanavati’s concern. However, Nanavati makes every effort to argue Pushpa’s case in order to persuade the board that admitting Pushpa to their school was not a mistake.

Karuna Pandey who essays the role of Pushpa comments, “Aware of the benefits of education and the hurdles which illiteracy has posed so far for her, it’s heartbreaking to witness vengeful people seeking to derail Pushpa’s dream. This can never be stressed enough that education has no age limits, and learning new things is an endless journey. Education is the basic right of every human and that’s what we are trying to convey through our show. As for Pushpa, whether destiny has something else in store for her or not, only the current track will tell!”

What are your views on the upcoming track of the show? Hit the comments section below.