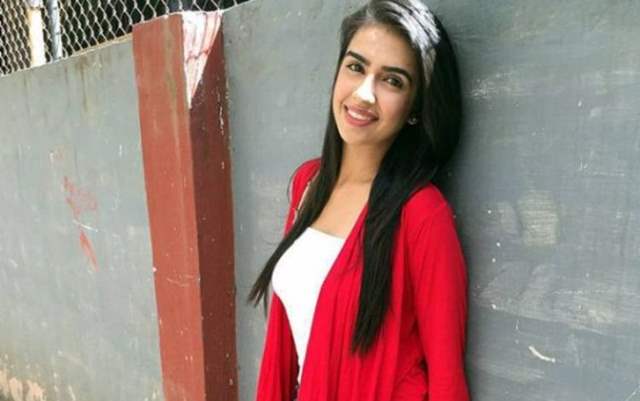 A lot of television actors are making it big in Bollywood industry and it’s a moment of pride. Popular TV actors like Mouni Roy, Kritika Kamra, Radhika Madan, Mohit Raina, Prachi Desai, Karan Wahi to name a few have dived successfully into the world of films, and joining the bandwagon is Yeh Rishta Kya Kehlata Hai actress Shirin Sewani who is currently also seen in Colors’ newly launched show Kawach. The actress has bagged her breakthrough role in an upcoming movie called Khandani Shafakhana.

We contacted the actress to congratulate her and she shared with us details of her character in the film and the whole experience of shooting with stars like Sonakshi Sinha and Varun Sharma. Shirin said, “It’s my first big break and I’m really excited for it. I’m playing Sonakshi’s younger sister and my character name is Sheetu. The film has been produced by Mrighdeep Lamba, Bhushan Kumar and directed by Shilpi Dasgupta. I auditioned for the role and luckily got the part.”

Further speaking about the whole experience of shooting she said, “My experience was outstanding. Everybody on the set was very welcoming and nice to me and they all made me feel comfortable and homely. Varun and Sonakshi are big stars but they always made me feel welcome. I have been working in the web and TV world and this is the first time that I’m working in such a big movie.”

The film stars Sonakshi Sinha and Fukrey fame Varun Sharma in lead roles and is slated to release on 26th July.