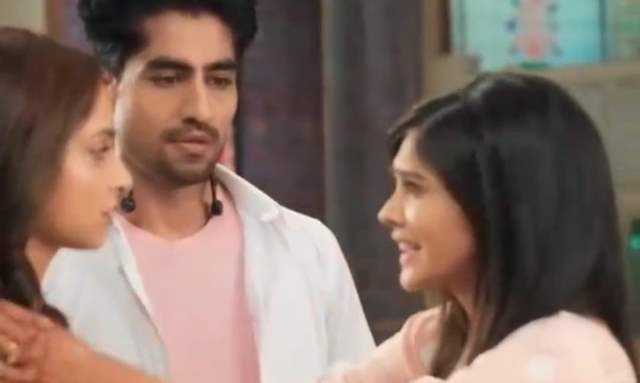 The Tuesday episode of Rajan Shahi’s “Yeh Rishta Kya Kehlata Hai” started with the Goenkas doing the final preps for the wedding before they leave for Jaipur. They realise that Aarohi won’t be accompanying them and are upset about it. Manish tells them though he is not happy with the decision, it’s for the good as Aarohi had to be taught a lesson. Meanwhile, Akshara is packing her bags and wonders if Abhimanyu will ever understand her relationship with Aarohi and how important she is for her. Suhasini comes to her and tells her that what she did was right and gives her photos of Naira, Kartik and Sirat and tells her that everything will be fine.

The Birlas are also preparing to leave when Suhasini calls Abhimanyu and hints that Akshara is not entirely happy because Aarohi won’t be attending the wedding. Abhimanyu then calls Akshara and asks her to sing a song for him. Akshara refuses saying she is not in the mood. She said no because Aarohi was sleeping in the same room. Later, at night Aarohi is upset with the way things are going and tells that she can’t be here.

The next day, Akshara wakes up with a message from Abhimanyu and calls him. She asks him if he did not sleep last night. Just then she notices a gift box under the pillow and finds a letter from Aarohi which reads that she has left the house. Akshara calls everyone and gives them the letter. Abhimanyu is still on the call and hears Akshara blaming herself for it. The Goenkas start looking for Aarohi but find her nowhere. Manish consoles Akshara saying it’s not her fault that Aarohi left the house. They then hear Abhimanyu singing “Ek hazaaron mein meri behna hai”. Abhimanyu tells her that though he came in between, he won’t do it now. The Goenkas then see that Abhimanyu has brought Aarohi with him. Aarohi tells them that Abhimanyu tracked her using the hospital’s pager. Abhimanyu then tells Akshara that he knows how important Aarohi is for her and allows her to attend the wedding.

In the upcoming episode, we will see that Akshara is bidding adieu to her paternal home and clicking pics at her favourite corners. At the Birla house, Abhimanyu tells his family that Akshara will come to their house in two days and asks them to make it a smooth journey for her. Mahima tells him that they will agree to it only if he agrees to do things their way. To know what happens next, keep watching “Yeh Rishta Kya Kehlata Hai”.