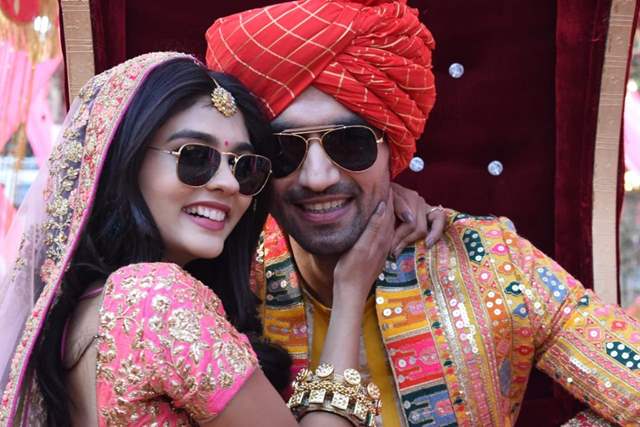 The Wednesday episode of Rajan Shahi’s “Yeh Rishta Kya Kehlata Hai” started with Akshara telling Abhimanyu and Manish that she did not expect them to hide such a big thing from the family. She tells them that she is all about family and can do anything for them and she can’t break one family to build her own. She tells him that how can they even think that Manjari will leave her husband for her son. She asks Abhimanyu what if in the future she asks him to choose between her and Manjari then what will she do. Abhimanyu tries to tell her that it’s because of “Sir”, to which she tells him that his name is Harshvardhan Birla and he will always be his father no matter what he calls him.

Akshara tells them that even Kartik and Manish had a troubled relationship but they sorted out their differences and everything was fine between them. She tells them that nobody liked Naira in the beginning but she made a place for herself in the family. She tells them that the same thing happened with Sirat too and she was able to make a place for herself. She tells Manish that she is Naira and Sirat’s daughter, she is their lioness and she will try everything to bring the two families closer and won’t accept her defeat until they are on friendly terms. Kairav and Suhasini both criticise Manish for this. Akshara asks him what if Harshvardhan puts the same condition in front of Kairav what will he do then. An upset Akshara then leaves from there.

Meanwhile, at the Birla house Harshvardhan tries to talk to Manjari and asks her what happened. Manjari doesn’t answer him and he starts shouting at her. Mahima asks him to leave and gives Manjari some medicines. She then gets a call from Abhimanyu who tells her that Akshara got to know about the truth and is very upset.

In the evening, Akshara goes out when she is surprised by Abhimanyu. He brings his siblings along and performs on “Tenu leke main”. Manish and Abhimanyu both ask her to forgive them and Akshara agrees. Manish even gives his blessings to Anisha and Kairav.