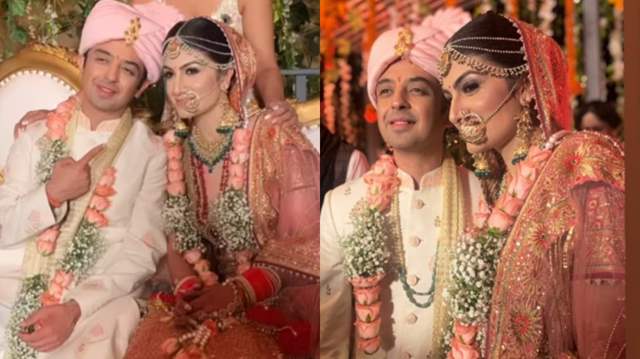 The wedding season is back and how!!

Recently television actor Abhishek Malik got hitched to his fiancé Suhani Chaudhary and now another actor has taken the plunge.

‘Yeh Rishta Kya Kehlata Hai’ fame Ayush Agarwal (also known as Ayush Viz) who played the character of Naitik’s best buddy Mohit in the show got married on Sunday, 31st October 2021. His now-wife is a non-actor and doesn’t belong to the entertainment industry, where her name is Sakshi Kohli and she is a counsellor.

Featured Video
Have a look at few pictures of the wedding:

Ayush Agarwal wedding pictures
Ayush with sister Ariah and wife Sakshi
Actors like Shiny Dixit, Ariah Agarwal (also Ayush’s real sister) and Rohan Mehra can be spotted having a gala time at Ayush’s wedding functions. Ayush has been a part of projects like Yeh Rishta Kya Kehlata Hai, Tera Kya Hoga Aalia among others. He also worked behind the lens for a few projects.

India Forums would like to wish Ayush and Sakshi a happy married life!