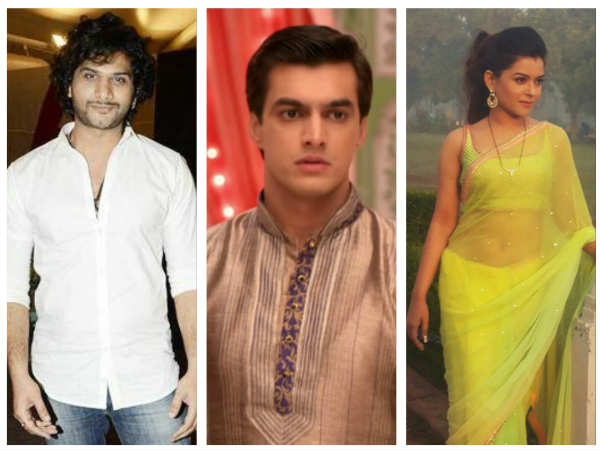 It’s raining new entries in in Yeh Rishta Kya Kehlata Hai. We had already reported that Kartik’s (Mohsin Khan) family will enter the show. There were reports that Parul Chauhan and Sandeep Rajora will be entering the show. Parul will be seen playing Kartik’s step mother, while Sandeep portrays Kartik’s father. Parul will be over-ambitious, money-loving person. Later, it was said that Shakti Anand would be replacing Sandeep. Recently, Shakti confirmed that he is not doing Yeh Rishta… Now there are reports that Shilpa Raizada will be entering the show.

Shilpa Raizada will be seen playing Kartik’s Chachi. A source was quoted by an entertainment website as saying, “Shilpa will play the role of Surekha who will be the wife of Ali’s character. The couple will come across as a very sweet one who will love Kartik a lot. Though Surekha will have different shades which viewers will get to see in the coming days.”

We had earlier reported that Ali Hassan will be entering the show as Kartik’s chacha. A source was quoted by the entertainment website as saying, “Ali will play Kartik’s uncle who would love him as his own son. He will be a positive person and support Kartik in all his endeavours.”

Although, people are loving the current track (Kartik, Naira and Gayu’s love track), the show is still not getting the required (high) TRP. This week, the show is at the 11th position. Now that Hina Khan is also quitting the show, it has to be seen, what the makers are planning to get the show back on top slot.