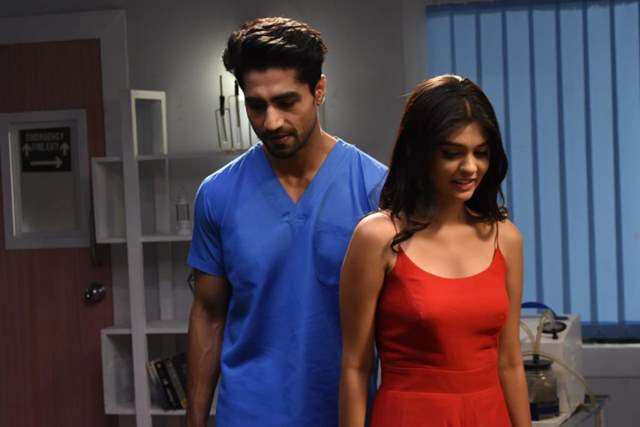 The Thursday episode of Rajan Shahi’s “Yeh Rishta Kya Kehlata Hai” started with Abhimanyu telling Harshvardhan that if he returns to the Birla hospital then so should Akshara. He tells him that he needs to make two offer letters, one for him and one for Akshara because the hospital needs her.

Meanwhile, Akshara and Kairav are sitting in the cafeteria and waiting for the family to come there. They tell each other that they wouldn’t have forgiven themselves if something had happened to Manish. Later, the family comes, and Swarna tells Akshara that she shouldn’t worry about what happened but should be happy that her Abhimanyu saved her Bade papa. She hugs her and Anisha sees this. She is heard saying that she wished her mother too showed the same kind of love to her. Akshara goes to her and tells her all mothers are the same and she should just try her best and her mother will definitely talk to her again and love her back.

Akshara then goes to Manish’s room and Abhimanyu lets her in. He tells her that Manish will be fine and also that Manish strongly reacted to her song. She tells Abhimanyu that Manish’s heart is beating for his family and it was because of her that they were going to lose him. Manish comes to senses and remembers what happened between him and Akshara. Abhimanyu asks him to give him his hand to check the pulse but he refuses to. Abhimanyu then tells him that he is asking it as his doctor. Abhimanyu then asks Akshara to let Manish rest.

Meanwhile, Anisha takes some cookies for her mom. Mahima is happy to see this but she refuses to forgive her. Anisha then tells Akshara that she was right that her mother is different. Mahima asks Akshara to stay away from her family matters.

Later, a nurse informs them that Manish is awake and she should meet them. Akshara is happy to see Manish smiling with his family and asks him how he is. He tells her that with his family around he is always happy. Abhimanyu then comes and asks them to leave as Manish needs to rest. Manish requests him if he can talk to his wife and mother. Manish tells Swarna and Suhasini that life is very unpredictable and he doesn’t want his kids to be upset because of him.

In the upcoming episodes, we will see that Abhimanyu feels that Akshara has forgotten their love for her family. He is praying and hoping for her to call him. But she doesn’t. Meanwhile, Akshara feels Abhimanyu must be busy with prayers and she doesn’t call him. Later Manish visits the Birlas. To know what happens next, keep watching “Yeh Rishta Kya Kehlata Hai”.