Anupamaa: Major rift between Anu and Anuj because of Pakhi- Adhik 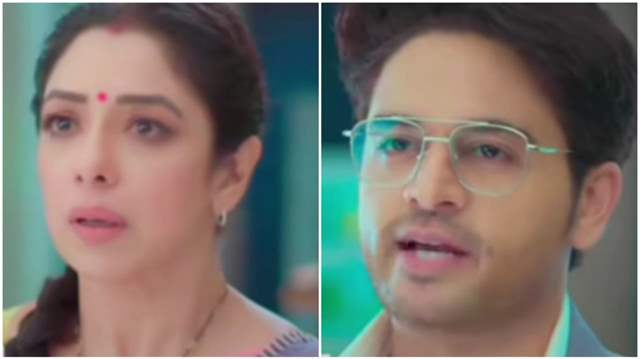 Star Plus show ‘Anupamaa’ is getting quite interesting with each passing episode. The current track of the show revolves around Anupamaa learning about Pakhi staying at Shah house most of the time and also taking them for granted.

In the upcoming episodes, Anupamaa overhears Pakhi and Adhik’s conversation wherein Adhik asks Pakhi to take care of the house but she gets adamant and tells him that she can’t be doing household chores. Adhik asks her to move a little as she is gaining weight by being a couch potato. She gets offended with the same.

Anuj lashes out at Adhik for goofing up in a project. Adhik apologizes and feels to himself that because of maintaining balance in his personal and professional lives, he goofed up. He determines to be more focused and work hard. Anupamaa decides to talk to Pakhi and give her a piece of mind. She tries to explain her to take her responsibilities but Pakhi dismisses her requests. Leela sides with Pakhi and asks Anu to take care of her house.

Anuj loses another projects and loses his calm as his company’s reputation is at stake. Anuj loses his calm and gets angry. Ankush and Barkha try to calm him down. Anupamaa decides to not involve Anuj in the family related stress. Leela asks Samar to stay away from Dimpy as she is raped. Samar tells her that it was a tragedy and it can happen with anyone.

Furthermore, Anupamaa and Anuj face a rift because of Pakhi and Adhik.