BB13: Devoleena Bhattacharjee Has a Special Gift for Salman Khan 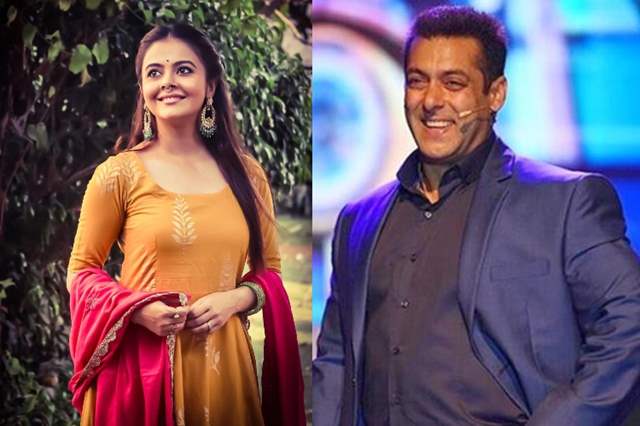 Television’s most controversial yet entertaining reality show Bigg Boss is back with season 13. Superstar Salman Khan who recently launched the show in Mumbai’s Metro yard will introduce his house guests on Sunday i.e. 29th September. While there are speculations and rumors about the participants in the thirteenth season, promos featuring a few confirmed contestants have been revealed recently. Among them is actress Devoleena Bhattacharjee who has enthralled the audience with her performance in Star Plus’ popular show Saath Nibhana Saathiya.

According to our sources, Devoleena has already entered the controversial house of Bigg Boss. Devoleena who rose to fame with her character portrayal of Gopi Bahu will make a sweet and sexy entry on the show. She’ll be seen dressed up as Gopi and later, unveil her sexy side during her dance performance. Also, she’ll present a beautiful idol of Lord Krishna to host Salman Khan before entering the house.

Apart from her, other confirmed celebrities who are going inside the house are Siddharth Shukla, Koena Mitra, Abbu Malik and Rashmi Desai.

Are you excited for Devoleena’s entry in the Bigg Boss house? Let us know your thoughts in the comments below.