Big twist: Rajiv accepts having an extra-marital affair; ousts Parineet from the house in ‘Parineeti’ 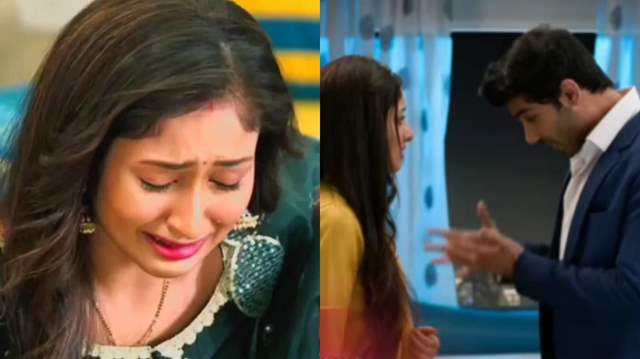 Colors’ show ‘Parineeti’ is getting quite interesting with each passing episodes. The show took a dramatic turn with Rajiv marrying Neeti. Fans were expecting that Rajiv would back-out at the last moment.

The current track of the show revolves around Rajiv and Neeti getting married and spending quality time with each other while Parineet and family are unaware of the truth.

In the upcoming episodes, Rajiv and Neeti will be seen going on a date in a plush restaurant. The duo will spend quality time with each other. Well, soon the show is going to take a dramatic turn with major revealations which will change the course of Parineet, Neeti and Rajiv’s lives.

In the forthcoming episodes, Parineet tells Rajiv’s mother that she found a lipstick mark on Rajiv’s shirt and claims that he is having an extra-marital affair. This will shock his mother and will make Parineet disheartened. Rajiv will also be shocked and wouldn’t understand as to how to manage the situation.

Later, Rajiv will do the unexpected as he accepts the truth and asks Parineet to leave the house. Parineet will be distraught and wouldn’t know what to do.

What will Parineet do now? How will Parineet and Neeti react after knowing that Rajiv has been cheating on both of them? Are you excited for the upcoming episodes? Hit the comment section below.

‘Parineeti’ is produced by Balaji Telefilms. The show has a stellar star cast including actors like Anchal Sahu, Tanvi Dogra, Ankur Verma, Vaishnavi McDonald among others.