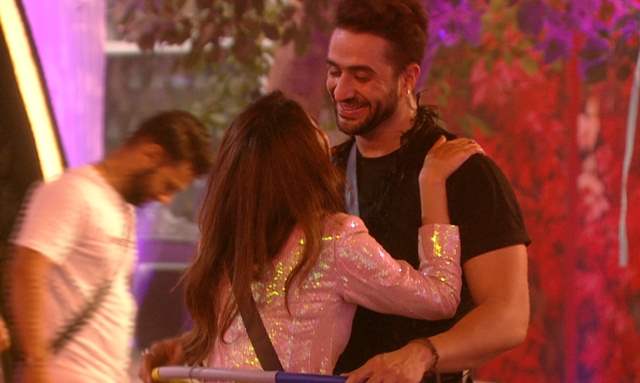 Rakhi Sawant’s performance as Julie has shaken things up in the house! With her attack on Rahul Mahajan, the housemates are not amused at all! An enraged Rahul Mahajan asks the housemates to remove Rakhi from the house and relegate her movements to the Garden area. Rahul Vaidya and Aly are furious about Rakhi’s actions.

The entire house tries to make Rakhi understand that her actions were wrong and unwarranted. However, Rakhi is in no mood to listen to anyone, be it Aly, Abhinav or Rubina. Arshi also thinks Rakhi has taken it too far but Arshi hasn’t seen anything yet! Rakhi climbs the tree in the garden and continues to spook the housemates!

With the New Year upon us, there is a festive cheer all around. On this occasion, Bigg Boss decides to give the housemates a chance to let their hair down and plans a Grand New Year Party! However, things are never that simple in the Bigg Boss House. Given how the ‘Julie Ka Badla’ Captaincy task ended up, Bigg Boss introduces a new Captaincy task! With the garden area all decorated and segregated into three separate party zones, Arshi Khan, Rahul Mahajan and Rakhi Sawant will turn hosts. Each of them has to invite the other housemates to dance in their designated party area. The one with the maximum contestants in their area will claim the coveted Captaincy!

From compliments to bribes, each of the three tries their best to lure housemates into their zones. Eventually, the housemates are seen discussing with Arshi that if not herself, who would she choose to become Captain between Rakhi and Rahul. Arshi says she would like to see Rahul, as Rakhi lacks hygiene. Rakhi, meanwhile says that she will be an entertaining Captain and that she will not use her Captaincy for unfair advantage!

However, the housemates are not amused. They all point out her recent actions and say that she is not fit to become a Captain! Will the housemates forgive Rakhi’s actions? Between Arshi, Rakhi, and Rahul, who will be the new Captain in the Bigg Boss House?