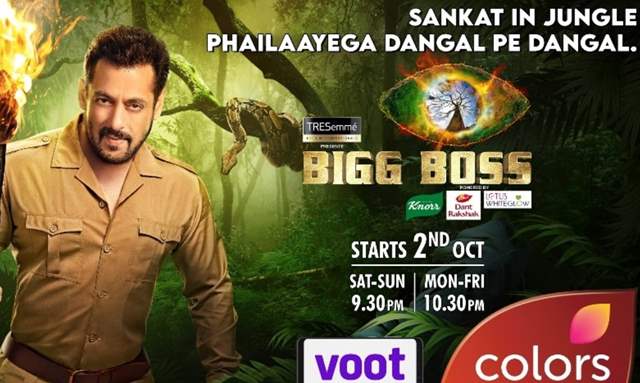 Bigg Boss 15 is gearing up for quite the safari for both viewers and its contestants and the jungle theme that has been revealed so far, has only added to everyone’s excitement and the latest stills that have been doing the rounds post the launch event have added to it as well. For the first time this season, a jungle is set to turn into an abode for the contestants.

Back with a bang for this season after Bigg Boss OTT is Salman Khan as he will weave his magic as the host of the show. As 13 diverse personalities navigate their way through the woods, their guide in this suhana ‘suffer’ will be the VishwasunTREE. A speaking tree of temptation that will make way for a lot of ‘dangal’ by fulfilling contestants’ desires albeit in exchange of a big sacrifice.

Featured Video
Talking about the show, host Salman Khan said, “It is always a great pleasure to come back to hosting Bigg Boss, a show that I share such a long-standing association with. Like the past successful seasons, the new season of the show will be even more exciting, as the contestants get ready for a wild ride in the jungle with VishwasunTREE accompanying them in their journey. Rest assured, this season is about to witness ‘dangal’ like never before. Buckle up, it is going to be an excursion to remember as it’s ‘sankat in jungle’ this year!”

Meanwhile, the confirmed contestants for this season include Pratik Sehajpal, Umar Riaz, Donal Bisht, Shamita Shetty and Nishant Bhatt. Reports also have it that the likes of Karan Kundrra, Mohsin Khan, among others, might be a part of the show.