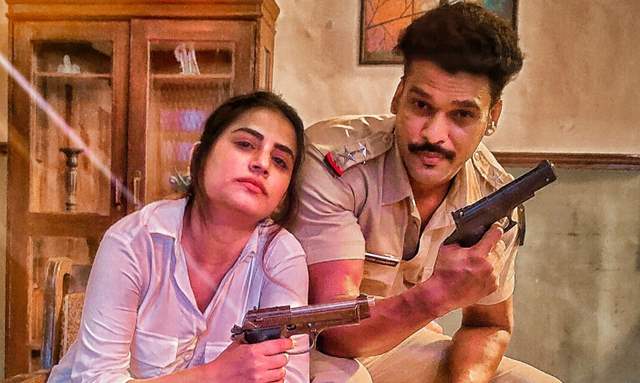 Casting director turned producer Shiv Yadav is coming up with a web series to explode on the OTT Platform. The name of the series is CHINGARI CHAUBEY which is jointly Produced by Maqam theatre society Mr. Rajiv Gupta.

The makers have roped in popular face Bhumika Gurung who rose to fame by playing the lead character in Nimki Mukhiya and also recently got married to boyfriend Shekhar Malhotra will be playing main character in Chingari Chaubey.

Amit Lohia, who has been part of many shows like Kulfi Kumar Bajewala, Kumkum Bhagya and Baalveer Returns will also be seen in the role of a cop with Bhumika Gurung.

Also the web show will be a Cop Crime thriller Drama with situational comedy. Very soon this web series will be released on the Wow Orignal OTT App.

Nirav Soni and Nimit Bora are the screenwriters and creative producers of this web series. Other actors who are seen in this web series are Samiksha Gaur known for Shukla the Terror (2020), Chal Bhaag (2014), Why Cheat India (2019), and Chase no Mercy to Crime(2019).