In conversation with Aishwarya Sakhuja… 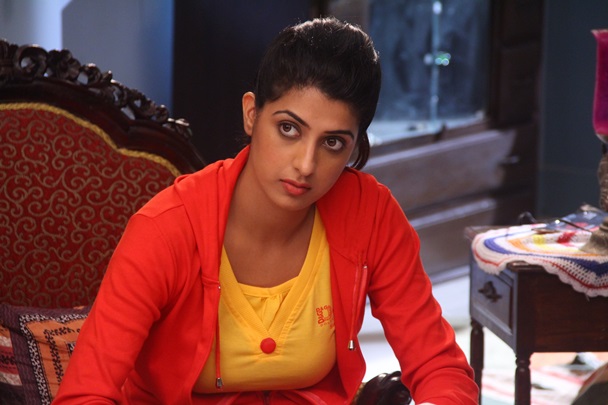 In conversation with Aishwarya Sakhuja…

“I am open to doing is a comedy because the dramas that are being made are too serious for my liking.” – Aishwarya Sakhuja

Aishwarya Sakhuja will be seen on the small screen after a gap of almost 2 years. The actress will be seen playing the role of Anju; a boxer, in the first story of Khidki, which is called – Anju Ki Shaadi. Let’s see what the beautiful lady has to say about her stint with the comedy show.

Aishwarya, you took a break for almost 2 years from fiction. Was the break deliberate?

Yes, I took a break for almost two years. The break wasn’t deliberate, but I just did not come across something that would really make me happy. It just took me a while to find something that would excite me, and although Khidki is a very small stint, I will be doing the first story. I don’t really know how many stories I would be able to do in Khidki, but this is something that excited me and so I went ahead with it.

Tell us about the character that you are playing.

My character is of Anju, and the story is called Anju Ki Shaadi indicative of the confusion about Anju and her wedding. She is a complete tomboy and careless about her appearance. She loves to box, she is very passionate about the sport, and she is a very very simple girl. She is so passionate that she possibly doesn’t realize her own strength, and she ends up hurting people physically because of her boxing passion. She is very strong-headed, so parents find it a little difficult to keep her under control. It is something different from what I have done earlier. To play a tomboy, I thought it would be easy, but it wasn’t, and thankfully Mr. Umesh Shukla made it all a lot easier.

How different is Anju from the other characters that you have played onscreen so far?

Anju is very different from all the other characters that I have played because I have always been seen as a bahu, or someone who is very modern and well dressed, someone who is very prim and proper, and Anju is just not that. Anju is a complete opposite of everything that I have done earlier. So, it was fun yet challenging, and I am very excited to see the result of it on screen.

How did you prepare yourself to play the character of a girl who loves boxing?

I was not given too much time to prepare for the character because when I was approached for this, Mr. JD Majethia, who I simply adore, called me and said this is the story and I am not giving you the entire thing but I know it for a fact that you will really enjoy it. When I reached for the workshop, I had absolutely no idea what I was going to do, but I knew that it is going to be a comedy show. When I was given the script and I read about, it I realized I don’t have much time to prepare, but in fact, I just had two days to prepare for it. In terms of preparation, I watched Million Dollar Baby and Mary Kom. I had to work on my Gujarati accent because the story was from Dwarka, but thankfully, I was working with all Gujarati people. I had Rajeev Mehta and JD Majethia, and they made my life easier because I just had to observe them and copy them.

What is your favourite sport?

My favourite sport, actually I have two. I love swimming and I love Table Tennis.

Are you open to doing comedy on the small screen?

I think the only thing that I am open to doing is a comedybecause the kind of dramas that are being made are too serious for my liking. I don’t think I would want to go back to doing what I have done earlier. I want to do something different, and comedy is something that I have never tried my hand at. So I think it’s time to make people laugh now.

We wish Aishwarya all the best for her new show.