#EXCLUSIVE: This MEGA Colors show to undergo some programming CHANGES 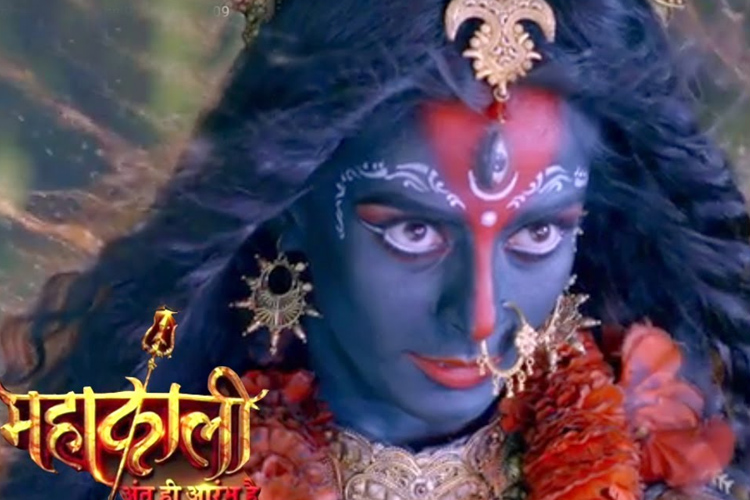 Hues’ legendary adventure, Mahakaali: Anth Hi Aarambh Hai has been an example of overcoming adversity to pay special mind to from multiple points of view. Propelled back in July 2017, the show will finish one entire year one month from now and it has genuinely been an astounding adventure without a doubt.

Be that as it may, up until now, the fans have been sitting tight for one entire week to get a one hour scene each Saturday, as it has been a week after week appear.

Obviously, it used to run fortnightly till March 2018, however went ahead to end up week by week later for the channel to fuse different shows.

In any case, here is some uplifting news for the aficionados of the show.

Indeed, the show has returned to turning into an every other week demonstrate beginning this week.

In this way, Mahakaali will now air on each Saturday and Sunday at 7 pm beginning 23rd June 2018.

Glad news, would it say it isn’t?