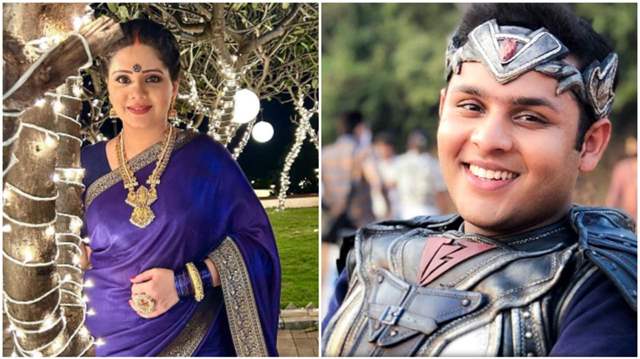 It is raining exclusive news on India Forums today!

And, we’re back with yet another exclusive update from the world of television. We strive hard to provide exclusive and genuine updates from the showbiz industry.

Sony SAB’s one of the popular shows has been ‘Baal Veer’. The show revolved around a young messiah who protects the nation from the evil. The first season had actor Dev Joshi play the lead role. The show returned after a break and the show got a revised title of ‘Baal Veer Returns’ wherein Dev Joshi and Vansh Sayani teamed up against the evil forces in the show.

India Forums broke the news about the show coming up with the third edition. We had also informed the viewers about the lead actor Dev Joshi being retained for the show. We also reported that popular actress Patrali Chattopadhyay will be seen playing an important role in the show.

Now, as per our highly placed sources actress Geeta Bisht who was last seen in Dangal TV’s ‘Man Sundar’ has been roped in to play a prominent character in ‘Baalveer 3’. A little birdie has informed us that Geeta’s character might be related to Dev Joshi’s character.

The show will be produced by Optimystix productions and in the previous seasons, popular actors like Vimarsh Roshan, Pavitra Punia, Aaradhana Sharma among others also joined the show.

Are you excited for ‘Baalveer 3’? Hit the comments section below.