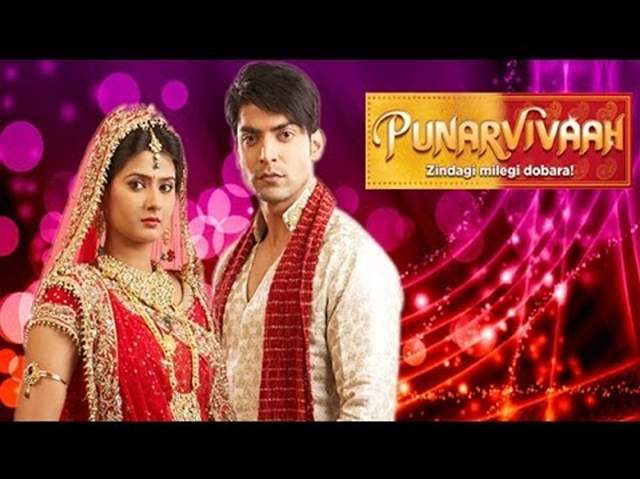 As India’s leading Hindi General Entertainment Channel and a responsible broadcaster, Zee TV has provided cutting-edge content over the past 27 years that has not just entertained its audience but also given them a reason to introspect and evolve. Inspiring its viewers to think beyond the conventional and question some age-old, redundant societal norms, Zee TV introduced the show Punar Vivaah in 2012 – as an attempt to negate the social stigma around remarriage and ask a pertinent question – If men can remarry after the death of a spouse or following a divorce, why do we judge women differently when it comes to marrying a second time? At a time when giving life a second chance is the need of the hour, Zee TV brings back a show that celebrates this very philosophy on public demand.

Starting 27th July 2020, everyday at 7 PM, Punar Vivah is a mature, progressive show that sensitively captures the journey of a man and a woman, who having faced a debacle in their first attempts at marriage, are brave enough to give life a second chance. The show delves into the dynamics of re-marriage, showcasing the trials and tribulations that are a part of re-adjusting to a second life partner. What makes the re-marriage of Yash and Aarti even more challenging is the fact that the man and the woman in question are both parents to young children. Will the two be able to bring happiness to each others’ lives and feel complete once again? Will the two feel the same intensity and excitement that they had experienced in their first brush with love? Will their children be able to come to terms with the idea of having a new parent enter their lives? Watch the show to find out.

Lending a rare intensity and depth to the male protagonist Yash is handsome actor Gurmeet Chaudhary. His portrayal of the quiet, arrogant, widowed father of two had blown audiences away. Kratika Sengar, widely remembered for her role as the sword-wielding Rani Laxmibai in Zee TV’s historical drama Jhansi Ki Rani, charging away on horseback and fighting with unmatched zeal for her soil, is seen as Aarti, a woman who hasn’t lost her spunk, charm or positivity despite a painful divorce.

Commenting about the show’s return, actor Gurmeet Choudhary said, “Punar Vivah was my last television show. It is a show which holds a special place in my heart. After the massive success of the show, Bollywood started opening many doors for me. Punar Vivah gave me a worldwide recognition, I will always be grateful for. I believe everyone deserves a second chance at love, no matter what is in their past and I am extremely glad that I got the opportunity to be a part of a show that was so influential and ground-breaking in the message it conveys. Despite re-marriage being a deep-rooted cultural taboo in society, it was a delightful surprise to see the love pouring in from an audience who supported and believed in the concept of our show. It gives me immense pride and joy to think that this show is still relevant to our audiences and will continue to change and challenge the stereotypical perception that some pockets of individuals in our country still hold towards this social norm. I hope the love from the viewers remains the same and that they keep supporting us, just like they did before.”

Actor Kratika Sengar shared, “I am thrilled to know that Punar Vivah is making a comeback on Zee TV. I hold this show very dear to my heart and more so because, it dealt with a subject that was considered sensitive yet a critical topic to be spoken about in the society. Portraying Aarti gave me a lot to learn including the fact that love indeed conquers all and everybody deserves a second chance. The amount of love that the show has received has been a surreal experience for me and now that it is going on air once again to reach out to many more people; it truly is an overwhelming feeling. I sincerely hope the audience keeps loving us equally and they have a great time re-watching Punar Vivaah.”

Reunite with Yash and Aarti everyday at 7:00PM as they explore the journey of Punar Vivaah!