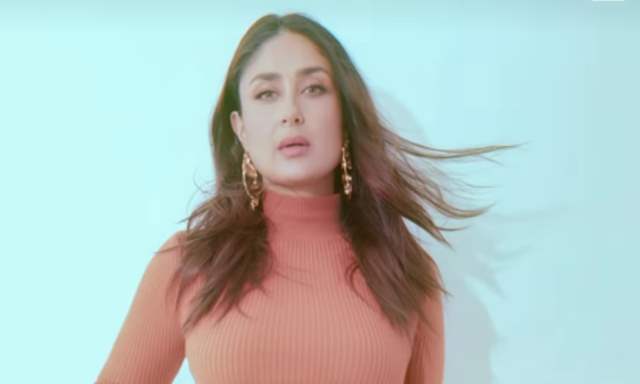 Every love story is unique and some are exceptionally gripping loaded with many twists! COLORS is all set to launch one such thrilling tale of romance ‘Spy Bahu’ and who would be better to unravel it than the queen, Kareena Kapoor Khan! The gorgeous diva is all geared up to turn the narrator for ‘Spy Bahu’s’ lastest promo and we cannot keep calm. Giving a sneak-peek of the show, Kareena Kapoor Khan will be seen introducing the powerful characters of the show- Sejal (played by Sana Sayyad) and Yohan (played by Sehban Azim).

‘Spy Bahu’ chronicles the unusual love story between a young spy named Sejal and a suspected terrorist, Yohan. As their lives take an unexpected turn, they fall in love with each other oblivious to each other’s reality. Both Sejal and Yohan are harbouring secrets and about to take a risk that will make or break their relationship. The show is produced by Ashvini Yardi’s Viniyard Films and is backed by an ensemble cast including Ayub Khan, Shobha Khote, Bhavna Balsavar and others.

Sharing her thoughts on the show, Kareena Kapoor Khan said,

“I am a big admirer of love stories, who isn’t? Some are delightful and heartwarming while some are edgy and mysterious. COLORS’ new show Spy Bahu is one such fascinating love story of a spy, Sejal and a suspected terrorist, Yohan that has left me captivated. The audience is going to love their chemistry and enjoy this power-packed show.”

Spy Bahu is scheduled to go on air soon.