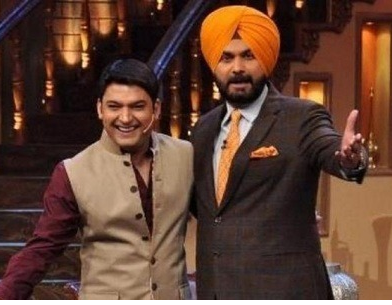 Kapil Sharma is soon going to come back to the little screen with his new show, Family Time With Kapil Sharma. The most recent is that Navjot Singh Sidhu, who has prior been a piece of Comedy Nights With Kapil and The Kapil Sharma Show, will likewise be seen on the show.

Sidhu will join the cast of the show. He has officially shot for the scene, and the promo is required to go on air soon. Considering he is a most loved with the watchers for his clever jokes, his quality on the show will without a doubt be a treat for the watchers.

As of late, the news of Neha Pendse (of ‘May I Come in Madam?’ notoriety) joining the show additionally stood out as truly newsworthy. She will obviously play a vital character and will be seen nearby Kiku Sharda and Chandan Prabhakar.

Conversing with BT about being a piece of the show, Neha had stated, “However drama isn’t my usual range of familiarity, I am up for this test. Despite everything I can hardly imagine how I am a piece of Kapil’s show. I have understood that he has a somewhat easygoing methodology towards parody and his jokes aren’t constrained. He inhales parody.”

Meet Kapil Sharma’s new co-have for his up and coming show, Family Time With Kapil

As of late the channel additionally discharged a crisp promo of the show where Kapil is seen conversing with Bollywood performing artist Ajay Devgn. The silly discussion sees the last deriding Kapil for influencing other individuals to sit tight for him on the sets.

Which is his low maintenance job..?? Kapil’s’ show or being a priest in Punjab..Any way he makes the general population giggle at him either way..!!

Kapil clears up that he is a decent person, only that in those days his opportunity was horrible. The entertainer argues Ajay to go to his show yet the on-screen character keeps on prodding him, declining to show up on the show.

Be that as it may, once he detaches the call, he tells the watchers he will be on the show since Kapil is thinking of another amusement appear. This additionally demonstrates Ajay may be the principal visitor on the show.