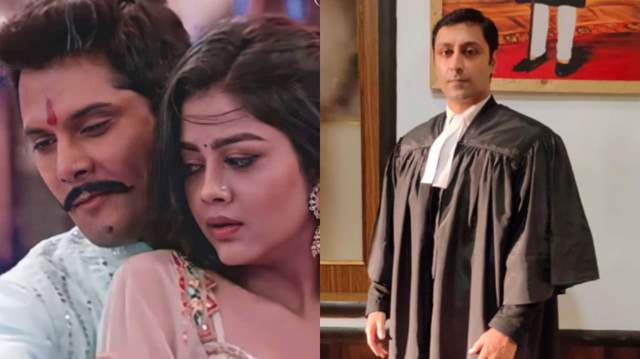 Colors popular show ‘Molkki’ is gearing up for exciting twist and drama. The current track of the show revolves around Virendra being arrested in Daksh’s murder charges. Purvi is trying hard to save Virendra but is not getting any lawyers to fight the case in Virendra’s favor.

In the upcoming episode, Purvi will be disheartened and will express her emotions in front of Sudha and will state that she isn’t able to help her mukhiji. That’s when Sakshi makes a grand entry and tells Purvi that she can help her out with the mess that she and Virendra are in.

India Forums dug in more information on the upcoming track for the ardent fans of ‘Molkki’. Well, in the upcoming episodes, Purvi will finally get a lawyer who will agree to fight the case for Virendra. Purvi will be elated and will get the hope for Virendra release from the custody, however, her dreams will fall flat when the lawyer will turn out to be a cheat. Actor Ravi Seth has been roped in to play the character of Virendra’s lawyer who gives high hopes to Purvi before the case hearing but flips as he gets paid heavy amount of money from the opposition.

Featured Video
Resulting to the same, the court will give out the judgement and Virendra gets punishment of being hanged till death. Purvi will be devastated and will find out that the lawyer cheated her. She will be determined to move to High Court and file for another case to fight for Virendra’s release.

Will Purvi get success in the same? Only time will tell.

Are you excited for the upcoming episodes of ‘Molkki’? Hit the comment section below.