Ravivaar with Star Parivaar: Banni and Dhara lock horns with each other 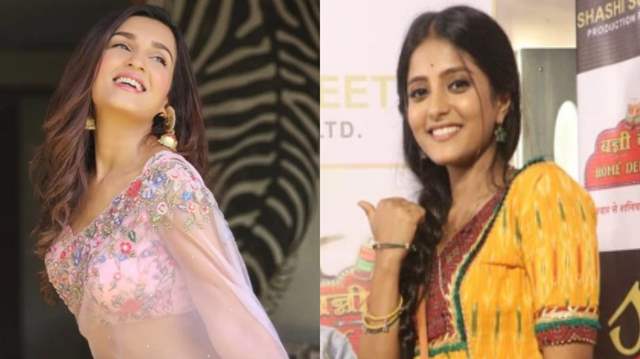 Ravivaar with Star Parivar since its debut, has gained a lot of popularity. It is one of the most interesting non fictional show that features the well-known families of Star Plus, namely Anupamaa, Imlie, Yeh Rishta Kya Kehlata Hai, and Pandya Store. In order to win the challenge, the actors are seen performing some highly interesting tasks. The new promo features Banni Chow Home Delivery clan engaging in a comical banter with the Pandya Store family.

The previous episode of this star studded show became talk of the town when it hosted the lead cast of the upcoming movie Samshera. It was on this show Bollywood celebrity Ranbir Kapoor was spotted learning parenting skills from Anupamaa, one of the most popular TV moms and revealed that he wants to be the best father to his child.

While everyone is still busy talking about Ranbir’s presence on Ravivaar with Star Praivaar. The promo of the next episode is again catching fire. This week Ulka Gupta lead actor of ‘Banni Chow Home Delivery’ is in full form and she can be seen giving an open challenge to Shiny Doshi aka Dhara from Pandya Store. The actress said, “We are ready for the war” to which Shiny replied, “Banni tune tehh kar lia hai ki tujhe mujse bair rkhna hai toh dekhte hai tujhe Pandya parivar ki dosti falti hai ya dushmani.” The actors will be seen engaging in numerous fun activities on the show.

‘Ravivaar with Star Parivaar’ has managed to win many hearts as the actors participating in the show are their real selves and viewers are loving to see this candid side of their favorite Star Parivaar members.