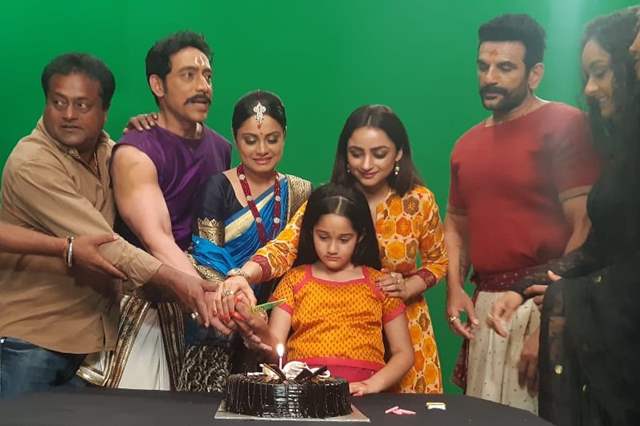 Star Bharat’s mythological show ‘Jag Jaanani Maa Vaishno Devi – Kahani Mata Rani Ki’ completed a run of 100 episodes. The show which revolves around Maa Vaishno Devi who takes a human form to save the people from sin has won accolades among the audience.

The show completed 100 episodes and celebrated the occasion with a cake cutting and loads of fun on the set.

The cake cutting activity was celebrated with little Vaishnavi, three devis: Maa Saraswati, Maa Kali, Rani Samriddhi, along with the other cast and crew.

Completing 100 episode is a big achievement for any show but the task of sustaining it begins now. Looking into the cast and actor’s confidence and hard work the show is aiming for future endeavor.