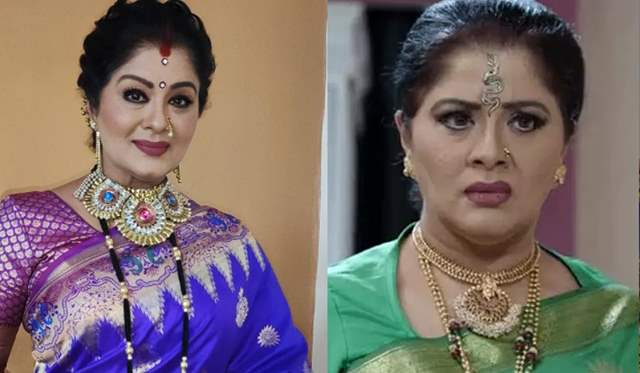 We currently live in a different era of television which is entirely different than how TV used to be over two decades ago. And talking about two decades ago, the small screen has provided some of the most iconic characters and one of them definitely has to be the likes of Ramola Sikand, played by Sudha Chandran.

How can one forget the character that became so popular especially owing to the bindis she used to wear. Now, after all this time, Chandran opened up on how playing Ramola Sikand in Kaahin Kissii Roz made her a more positive person in an interview with Indian Express. She said, “The negative shades are always within us. Probably our upbringing doesn’t allow that side to come out. With Ramola Sikand, I put all the negative traits that were inside me, in that character. I’m more chilled out today.”

Back in 2001, Chandran was trying to find her ground in the industry despite having done several films across languages. “People advised me that I’m not cut-in for the film industry. So I should go back to my education, rather be called a one-film wonder,” she said. Speaking about Ramola Sikand without the mention of her look, especially bindis, is impossible even to this day. Chandran told us that Ramola’s entire upmarket look was director Homi Wadia’s idea. Even the way she said her dialogues with a nail filer was something new to her. “That was the time when we just said dialogues. I didn’t know how to say them with action. To act with a property and with conviction is a different thing. I learned that in Kaahin Kissii Roz. Later, when Santram Varma took over the direction, he took the show to a different level.”

Featured Video
But how did her make-up team come to create trees and insects in her bindi? Chandran revealed, “Earlier we tried straight bindis. Then we used some dots. Then we got bored. I told my makeup man let’s try leaves into it, then flower. We even made a woman holding a matka. We made cockroaches, naagins. Even the lightmen told me it was a Star Plus show, so I should try the channel logo. I’ve even done that in my bindi! We had contributions from our team too (laughs).”

Ramola Sikand’s look, however, didn’t end at her bindis. Chandran went on, “Sometimes I wondered what jewellery to wear with my saree. So, I’ve used even curtain hangers as my jewellery. I wore those danglers too which we decorate on the rear view mirror of our cars. The property guys on set hid the property items fearing I will wear anything and it’ll become a fashion. Now when I work in the south industry, people tell me at that time they were told to follow Ramola Sikand. ”

Kaahin Kissii Roz debuted in 2001, and completed 20 years in April this year. The thriller show also starred Mouli Ganguly and Yash Tonk in the lead roles. It became one of the flagship soap operas that established the stronghold of Star Plus on Indian television, and also made Ekta Kapoor’s Balaji Telefilms, numero uno on the small screen (other shows being Kyunki Saas Bhi Kabhi Bahu Thi and Kahaani Ghar Ghar Kii).