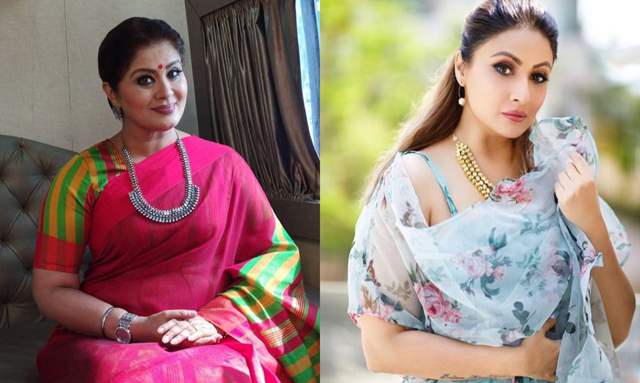 COLORS and Ekta Kapoor join forces again to bring the sixth installment of the most celebrated fantasy-fiction franchise on Indian television, ‘Naagin,’. This season shall witness the serpent queen ‘Sarvashreshth Naagin’ go far and beyond to fight the most powerful enemy in the history of the show. ‘Sarvashreshth Naagin’ will battle a global crisis that poses a threat to the survival of humanity.

An ensemble cast comprising television’s prominent faces including veteran actors Sudhaa Chandran and Urvashi Dholakia have teamed up with Ekta Kapoor to carry forward the show’s legacy. While Sudhaa is making a comeback in the ‘Naagin’ franchise after Season 3 with the role of Seema (mother of the male protagonist), Urvashi is returning to TV after a hiatus of four years, having been given the role of Urvashi, mother of the female protagonist. Produced by Balaji Telefilms, ‘Naagin 6’ is set to air soon only on COLORS.

“It feels great coming back in Naagin with a completely different and new concept, which promises to keep the audience hooked up. Working with Ekta Kapoor and COLORS once again after ‘Naagin 3’ is like a homecoming for me. I will be playing Seema’s character in this season, she is fierce and quite a matriarch who everyone fears. Although she appears unapproachable, she has a soft side to her as well. I am sure this season, like all the previous seasons will receive all the love and support.”

Opening up on being cast as Urvashi, she said,

“I am delighted to return to fiction genre after four years and I have no words to express how happy I feel to have landed the role of Urvashi in Ekta Kapoor and COLORS’ new season of ‘Naagin’. Urvashi is a happy-go-lucky woman, who is very protective of her daughters but is also insecure about her husband. I am sure the audience will connect with her pure-hearted nature and will also enjoy how her characters evolves in the show. I will give my very best to do justice to this role and I hope to live up to the expectations of the viewers.”

Well, fans sure can’t seem to wait for what’s ahead this time around!