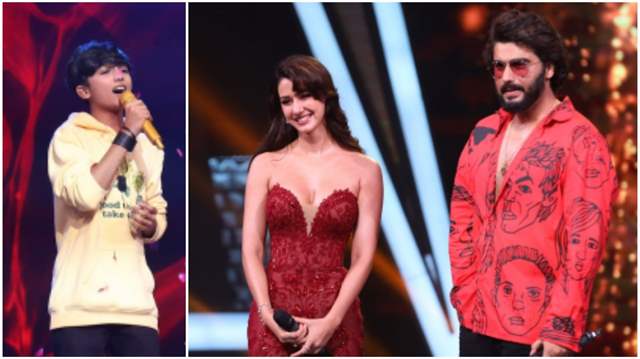 This weekend, Sony Entertainment Televisions’ ‘Superstar Singer 2’ is not only going to be entertaining but also emotional at many levels! Celebrating the superheroes of our life in the ‘Father’s special’ episode on Saturday, the contestants will give some heartfelt performances dedicated to their beloved ‘fathers’. Making the episode extra special will be the Ek Villain Returns star cast – Arjun Kapoor and Disha Patani who will be joining the shows esteemed panel of judges Himesh Reshammiya, Alka Yagnik and Javed Ali. Along with some phenomenal performances, the contestants, judges and special guests will be seen sharing some most cherished memories of their fathers; making it a memorable evening for all! In the special episode, Jodhpur’s Mohammad Faiz will leave everybody amazed especially the special guests with his magical performance.

Having won the viewers hearts with his mesmerizing voice, contestant Mohammad Faiz will leave no stone unturned to impress everybody this week as well. The young lad will give a heartwarming performance on Arjun Kapoor’s popular songs ‘Phir Bhi Tumko Chaahunga’ and ‘Mast Magan’, leaving both Disha and Arjun in awe of him. So much so, that Arjun Kapoor was thoroughly enjoying it and stood up to sing the song while Faiz was performing.

Praising the performance, actor Arjun Kapoor said, “Being actors we do not realize the value of these songs, but when we come to shows like Superstar Singer 2 we understand the power our song holds. I did not get a chance to lipsync both the songs but with Faiz’s voice I got to lipsync both of them and this is my good luck that I could witness such a voice which made me feel like singing my own song. An actor always looks for a voice which makes him feel like singing the song and it does not feel as if he is lipsyncing. Faiz might be way younger than me but the romance he has in his voice is very genuine. He is truly a gifted child who made me enjoy my song and I am sure everyone else also did.

He added, “We had come to this show with a different mindset to promote our film but Faiz made me feel very nice and special. Its been 10 years I have been in this industry and I am sure these two songs will forever be remembered and nothing is as important as an actor having such songs in his name that make him immemorial for life. The fact that Faiz sang both the songs so beautifully made me feel alive and the audience surely enjoyed it. And, that’s a power that you have in your voice. Good Luck!”

Extremely impressed by Faiz’s performance, Disha Patani will call him the ‘voice of romance’ and will request him to sing ‘Galliyan’ for her. Joining Mohammad Faiz on stage, Disha will be seen swaying to the beautiful song Teri Galliyan sung by Mohammad Faiz while flowers were being showered on her. A surreal moment indeed!