This is why Luv Tyagi refuses to work with Vikas Gupta… 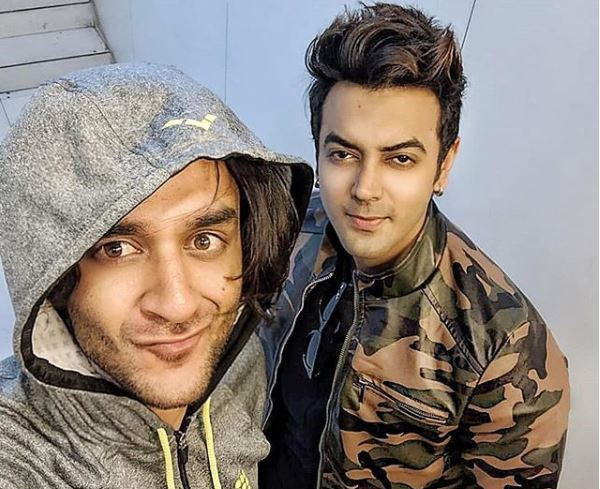 Vikas Gupta and Luv Tyagi equation has had been one of the roller coaster ride. It was neck to neck count during the eviction in Bigg Boss, Luv lost to his sworn rival Vikas with a margin of merely 30 votes. Also time and again the audience saw him fighting hard against Vikas during tasks.

Luv even told that Vikas tried to portray him as someone who was good for nothing and that left a mark on him. Vikas actually made him look like a fool and completely unworthy. Its been one year that the two have met.

After a year recently Vikas met Luv and captioned “Straight after the finale of #Bigboss11 and it dint feel like Damm itna waqt ho gaya. So proud of your decision to keep your parents ahead of your own dreams also ‘ and what a timing to meet, I was just wrapping up #PuncchBeat and you and I helped each other to get so much Clarity in life. For all the fake trollers. Luv again said no to work in my next cause he can’t move for long term to Mumbai leaving his parents. I can’t wait to hear your song and we are meeting when either of us is in each other’s city. All the best and keep rocking Jai Mata Di #luvtyagi #vikasgupta P.S. loving you parents is the best thing anyone can do”

Well as now the reason is out, those absurd theories can be put to rest