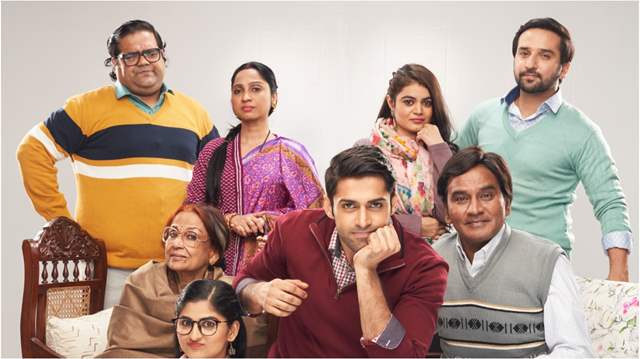 There are families, and then there’s a Satrangi family, signifying uniqueness, and diversity like each of the colors in the rainbow in its true sense. This Satrangi family is all set to entertain the audience soon on Sony SAB in the upcoming show, Sab Satrangi. With a fine blend of fresh storyline and unique characters, Sab Satrangi will take the viewers to the picturesque city of Lucknow, to the Maurya household, an unconventionalfamily who share their joys, sorrows, dreams, and despite the differences, they hold on to each other and stay united.

The show revolves around, Mankameshwar urf Manu, played by actor Mohit Kumar. Manu is one of the most kind-hearted hardworking, resilient man you’ll ever meet, who believes that good things happen to good people and that if you don’t harm or have bad intentions towards anyone, bad things won’t happen to you. Manu is his Daadi’s laadla, the head of the Maurya family. Played by Joyoshree Arora, she is not your typical Daadi, she a bold and bindass individual, an award-winning life insurance agent, who is determined to not let her age affect her ambition, she will definitely take the audience for a fun ride with her quirks!

Adding drama and colour to the Satrangi family will be Manu’s father, Shyam Babu played by Dayashakar Pandey, who’s trying to fulfil his dream of entertaining the world through this magic tricks. Moving ahead, actor Puru Chibber plays Deepu Bhaiyya, Manu’s brother and Satyajit Sharma plays Daddy Khushwa, the local don of Lucknow. What are the dynamics between these characters and how would it affect Manu and is family is something we will have to wait & watch!

Other talented actors such as Hima Singh, Deepak Kumar Bandhu, and Samridhi Singh are also part of the cast line-up. More information about the characters in the show and how their lives collide will be revealed soon only on Sony SAB’s Sab Satrangi. Coming Soon!