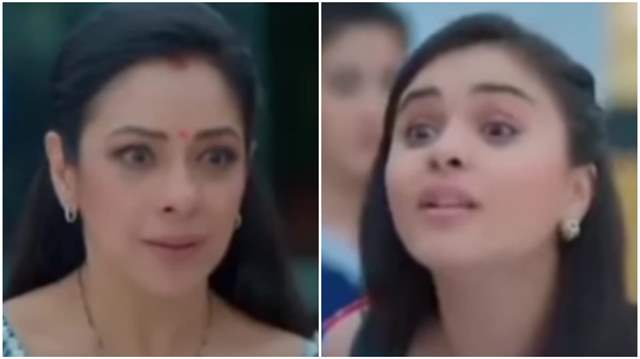 Star Plus show ‘Anupamaa’ is getting quite interesting with each passing episode. The current track of the show revolves around the ladies’ gang going for an outing. Pakhi and Adhik visit the same resort to spend some quality time. Anupamaa catches Pakhi and Adhik red-handed.

In the upcoming episodes, Anupamaa takes Pakhi to a corner to talk. Anupamaa confronts Pakhi for lieing to them. Pakhi admits lying to the family as they wouldn’t understand the meaning of consent and adults. Anupamaa asks Pakhi why is she mentioning about being an adult when she never behaves like one. Pakhi tells everyone that in the west, it is very common as family members don’t interfere in the privacy of their children.

Anupamaa tells Pakhi that she shouldn’t compare her to the kids of the West as they shift out of their parents’ house and live a life of their own. They pay their own bills and fulfil their dreams. She asks Pakhi if she will be able to do that. Leela gets angry on Pakhi. She goes ahead and holds Adhik’s hand and announces that they love each other and want to get married.

The boys group enjoy their time and bid goodbye to Anuj, GK and Ankush. Vanraj decides to call Pakhi but her phone gets unreachable. Pakhi tries to convince Anupamaa to sstop Baa from informing the truth to Vanraj. Anu stops Leela. They plan to leave the resort there and then. Pakhi feels scared and tells Anupamaa that she didn’t do anything wrong inside the room but Leela doesn’t believe her.

In the upcoming episodes, Pakhi and the other ladies reach the Shah house. Leela’s faints.