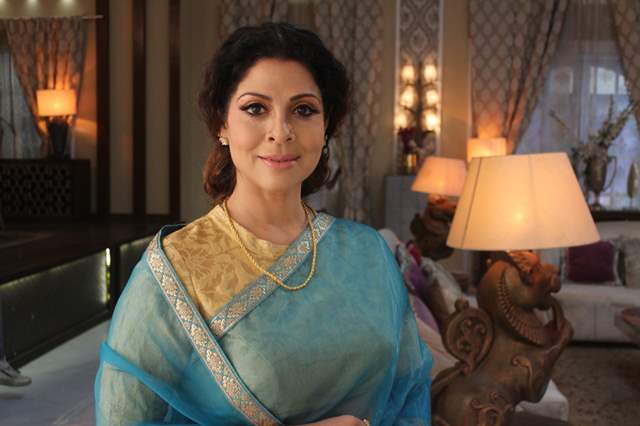 After spending over 30 years in an industry that is now like home to her, Tannaz Irani has become a well-renowned name, who is known to glide effortlessly from one role to another and essay a diverse portfolio of characters across the film and television industry. With each role that came by, Tannaz has improved and bettered herself! While she currently essays the role of Rajeshwari in Zee TV’s family drama Apna Time Bhi Aayega, Tannaz reveals how she has also faced some massive challenges, especially with the language barrier in the entertainment industry and how Sridevi was one of her biggest role models.

While her effortless and flawless performance might not give you a hint, but during the early days in her career, Tannaz faced the struggle of adapting to the Hindi language, especially the grammar and pronunciations. However, she did not let this impact her performance. Narrating her experience, Tannaz revealed, “My biggest professional struggle was with the Hindi language. Pretty early in my career, I accepted that I had a very unique way of speaking the language and that my passion and understanding of my characters was far more superior than someone just correcting my grammar. I got around this and accepted myself first, especially when I saw people who knew the language better than me but lacked a basic instinct of how a scene should be performed. After realizing this, it felt like a miniscule struggle that I had to surpass.”

Talking about how Sridevi inspired her, Tannaz mentioned, “I observed a very important thing. Till their very last roles, stars like Sridevi and Hema Malini also never really spoke Hindi eloquently, but they handled the scene with their talent. In fact, very early on in my career, I was influenced by Sridevi ji. I realized that she struggled with the language barrier as well, however, she executed all her roles with finesse and performed them carefree and with a lot of passion. She has always been my muse and I have always looked up to her, especially seeing how far she came. I feel she is probably the only woman in Bollywood who has been such a humungous superstar and It’s nice to be influenced by such people who have overcome so many hardships.”

Now that we know where Tannaz gets her inspiration from, we can surely expect her to spice up Rajeshwari’s role especially in the upcoming episodes of Apna Time Bhi Aayega, where she tries to hide an important piece of evidence from Rani. But what does this evidence lead to?