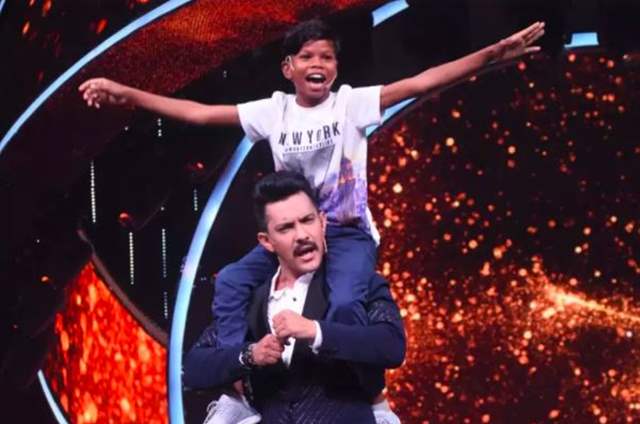 Sony TV’s long-running singing reality show, Indian Idol 12 is finally in its last few days of being on-air. Having begun back in December 2020, this season has indeed been one of the longest ones and has been running for over seven months now. But the semi-finale episode is all set to air now and the fans are in for quite a surprise just like the contestants were.

Social media plays a very important role in proceedings today and there are plenty of guys who out there who are a part of the viral brigade. One such person has been a little boy named Sahadev Dirdo from Chattisgarh. The boy is currently a viral sensation owing to having sung the song ‘bachpan ka pyaar’ which continues to be trending even right now. So, now he is all set to make an appearance on the semi-finale episode of Indian Idol 12. Host Aditya Narayan along with the judges Anu Malik, Sonu Kakkar and Himesh Reshammiya will be seen cheering and singing along with him. The semi-finale will also have director and Bigg Boss OTT host Karan Johar coming in as a special guest to cheer the finalists.

Indian Idol 12 will announce its winner on August 15 after a 12 hour long episode. The singing reality show will witness a 12 hours long episode- from noon till midnight and this is going to happen for the first time in the history of the show.