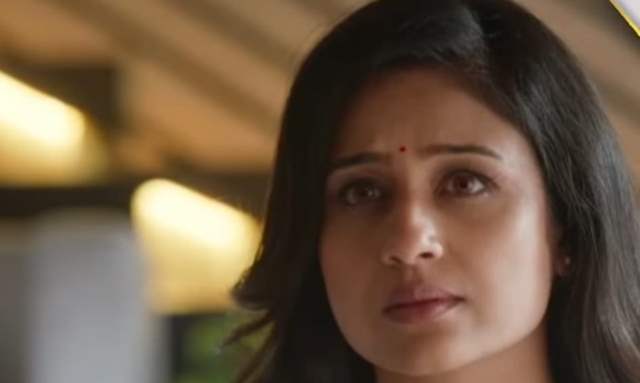 The Monday episode of Nilanjana Purkayasstha and Herumb Khot’s “Chikoo Ki Mummy Durr Kei” saw Chikoo asking Sameer to teach her how to play a piano. She is wondering why he is not calling her beta or Archie, and asks him what her name is, but Pushpa comes there and tells her that she is Archie Khetan.

Just then Nupur knocks on their door. She shows Sameer a photograph of Chikoo and asks him if he has seen her. Sameer says no and asks her who she is. She tells him that the girl in the picture is just like her daughter. He asks her about her parents, to which Nupur tells him that they found her at an NGO and have not been able to find her parents. Sameer realises that his mother was right that Chikoo has no one. But Chikoo calls Sameer and Nupur recognises the voice as Chikoo’s and asks him who she is. He tells her that it’s her daughter and their voices can be similar. Nupur leaves from there. Milind calls her and asks her where she is. Nupur apologises to him and tells him that he must be thinking she is mad, to which Milind tells her that he is upset that she never asked for his help in finding Chikoo. Nupur is happy to hear that and leaves.

Meanwhile, Sameer removes Archie’s photographs from the room. Chikoo wants to meet Sameer and wants to go find him, but Pushpa and Gajak stop her. But she manages to leave and finds Sameer staring at a wall. She calls him papa, and Sameer hugs her.

In the upcoming episodes, we will see that Chikoo convinces Sameer to go to the art festival, and he agrees. At the same time, even Mini asks Nupur to come with them. At the festival, Nupur feels Chikoo’s presence and follows a girl, but her family stops her. That girl was Chikoo who was looking for Sameer, she fell down and had a white powder all over her face. Milind helps her get up. Will he recognise her as Chikoo? Will Nupur be able to find Chikoo? To know what happens next, keep watching the show.