Finally! Raavi and Shiva to get married; Pandya family’s secret to be out in ‘Pandya Store’ 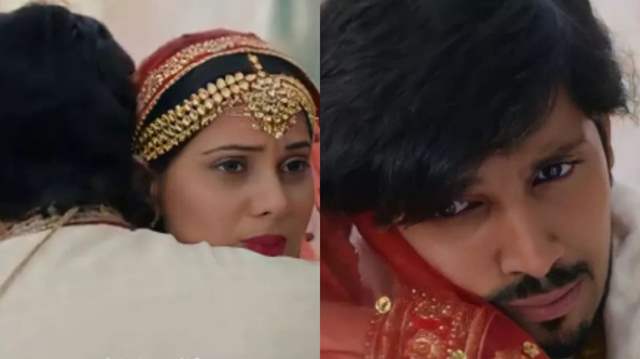 Star Plus’ show ‘Pandya Store’ is getting quite interesting with each passing episode. The current track of the show revolves around the Pandya family realizing that Shiva knew about their getting him married forcefully to Raavi. Raavi announced that she will commit suicide if she isn’t able to get married to Shiva.

In the upcoming episodes, Raavi drinks poison and falls unconscious. Shiva panics. It gets revealed that Raavi was innocent and she didn’t sign the divorce papers willingly. Shiva and Suman regret their behavior towards Raavi. Shiva gets furious and marches to hit Prafulla and Anita. Raavi gets up leaving everyone shocked. Shiva gets surprised and he immediately hugs her.

Shiva apologizes to Raavi. Suman gives a nod to their marriage. Shiva and Raavi finally get married to each other while the family rejoices in their union. Suman blesses them. Raavi requests Shiva to take Prafulla’s blessings and asks Prafulla to not create trouble for them in the future.

Furthermore, Suman performs Shiva and Raavi’s grah-pravesh. Dhara tells Kanta that this time around she will makeFurth sure to perform all the post-wedding rituals for Shiva and Raavi. Rishita insists that she and Dev also want to perform the rituals as well but Dhara denies the same. Dhara’s care for Rishita makes her annoyed. Kanta senses that Rishita is pregnant. She asks about the same leaving the family stressed.

In the forthcoming episodes, Raavi and Shiva will spend their first night together.