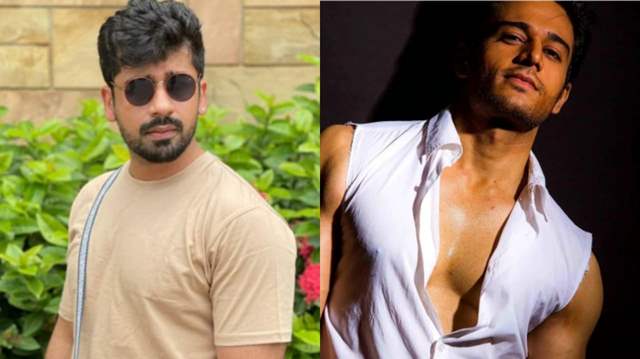 Star Plus show ‘Anupamaa’ is gaining a lot of positive response for the interesting story line of the show. The show has clicked pretty well with the viewers. The current track of the show revolves around Anuj Kapadia’s grand entry in Anupamaa’s life. Actor Gaurav Khanna has stepped into the shoes of Anuj and has been receiving rave reviews from the same.

India Forums got in touch with Ashish Mehrotra who plays the character of Paritish Shah (Toshu) in the show. While Paritosh is not fond of Anuj, off-screen the scene is different. Ashish was all praises for Gaurav Khanna and his character Anuj.

Speaking about bonding with Gaurav, Ashish said, “Well, we clicked with each other from the word go. It’s really nice to have such balanced person on the sets of the show. He always makes sure to keep the environment on the set positive with his vibrant personality. He is a brilliant actor and a cool individual. He is a serious actor who’s into the scene when in front of the camera and when the Director orders a cut, he gets back to being his cool self”.

Featured Video
About Anuj Kapadia, Ashish said, “Anuj’s character is very well-written and Gaurav is performing it with complete dedication. He is adding to style quotient and his personaility looks extremely likable”.

As Paritosh is against Anupamaa and Anuj’s friendship and business partnership, actor Ashish Mehrotra has been receiving hate comments from the fans. However, the actor is taking the criticism in the positive stride. He had said, “People are abusing me (laughs). People who’ve known me for who I’m, who’ followed me throughout are also upset with Paritosh. They’ve stated that I shouldn’t create obstacles for Anupamaa-Anuj and should not misbehave with Anupamaa. Some have also suggested me to speak to the makers and change my character so that Paritosh has a more positive approach”.