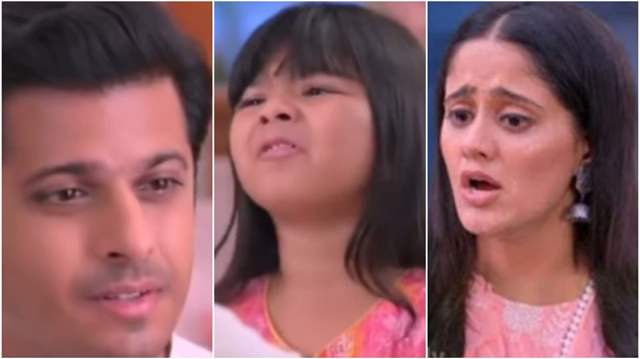 Star Plus show ‘Ghum Hai Kisikey Pyaar Meiin’ is getting quite interesting with each passing episode. The current track of the show revolves around Virat taking Savi away from Sai and bringing her to the Chavan house. He has gotten Sai arrested.

In the upcoming episodes, Savi gains consciousness and asks for Sai but Virat looks after her and tells her that she is going to stay at the Chavan house for a few days.

Savi gets excited to be with Vinayak but also misses her mother. Pakhi thinks about her status in Virat’s life. At the police station, Sai brings trouble for the officials and they call Virat to ask about the next action. Furthermore, Savi plays with Virat and Vinayak but later asks Virat about Sai as she terribly misses her.

In the upcoming episodes, Virat tries to calm Savi down by loving her and taking care of her. Savi will find difficult to sleep and hence Virat will sing a lullaby for her. The entire family will be emotional seeing Savi longing for Sai and Virat trying to be with his daughter. The scene is dramatically shot and will soon telecast.

As informed by India Forums, Sai will elope from the police custody and will head towards meeting Savi. Will she be able to meet Savi is for the viewers to wait and watch.

‘Ghum Hai Kisikey Pyaar Meiin’ is produced by Shaika and Cockcrow Films. The show has a stellar star cast including actors like Neil Bhatt, Ayesha Singh, Aishwarya Sharma among others.