I don’t find any of them watchable: Kitu Gidwani on the content of current shows 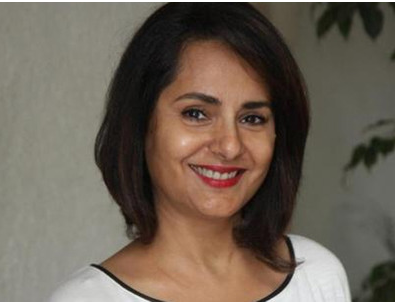 Veteran performing artist Kitu Gidwani says her age doesn’t go about as a boundary in getting parts. Inquired as to whether it is hard to sack parts at 50, Kitu told IANS over telephone from Mumbai: “I am getting offers each second day. Promotions, films, arrangement… everything.”

“I was offered one fanciful show to which I promptly said no without taking talks further. I am not intrigued by sprucing up in substantial garments and exaggerating to the grip,” she included.

She is as of now observed as Sameer’s (Randeep Rai) step-grandma in the Sony Entertainment Television “Yeh Un Dinon Ki Baat Hai”.

“It’s been decent and exceptionally charming knowledge. Everyone resembles a family here,” she said.

Sharing insights about her “signify” character, she stated: “I attempt to make his (Sameer) life damnation since I don’t acknowledge the way that he is living in my home. In an underhand way, I endeavor to achieve his defeat. In this way, there is a steady war going ahead between the two.

“He is likewise exceptionally brilliant. He understands what I am doing. Along these lines, it’s incredible fun playing this character since you never realize what she will concoct straightaway. She doesn’t rest until the point when she demonstrates Sameer in an awful light or each desire of his is upset,” she included.

Be that as it may, her off-screen bond with Randeep is “extraordinary”.

“He is an exceptionally cool person and a decent on-screen character,” said the “Swabhimaan” performer, who began shooting for the show from March.

Does she give them tips or contributions on acting?

“No. They got more sense than me. They are so great. The more youthful young men act extremely well. They are exceptionally unpretentious and not over the best. I don’t offer contributions to anyone. Truth be told, I request contributions for myself,” said Kitu, who has been acting since the 1980s.

“We cooperate extremely well,” she included.

The show is set in the 1990s. Does she miss anything from that time?

“I don’t miss anything about that time. We had some incredible shows amid that time. I did my two major hits – ‘Junoon’ and ‘Swabhimaan’ in the 1990s. In that sense, I miss it,” she said.

On the substance of the present shows, she stated: “I don’t observe any of the shows. I don’t discover any of them watchable. I used to observe before. There were such a large number of shows you could watch that had profundity and substance.”