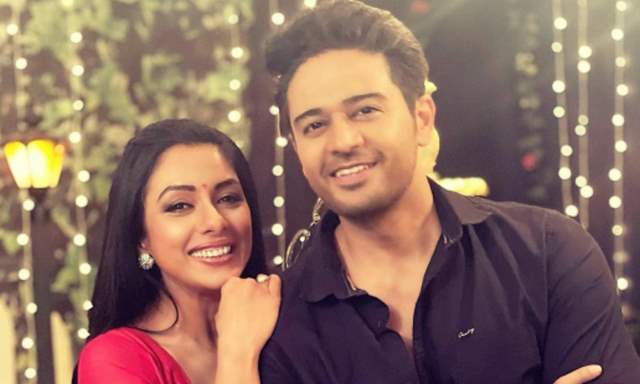 It is no secret just how well Anupamaa on Star Plus has been doing with the fans, and while it has been in the news for various reasons, the romantic track between Anupamaa and Anuj (Gaurav Khanna) has been a one of its kind highlight. The actress recently spoke about romancing on screen, the audience’s response, and some more in an interviews with ETimes TV.

About how a lot has changed since the show started to now, she says that it feels wonderful and change is the only constant in the show. She spoke about how the show’s story moved from the family drama to having another person in her life and that has created a heart-warming transformation in the whole track. She added how she always says there is a little girl in every woman and a boy in every man and when she sees her scenes with Faurav, she gets butterflies. She thanked Rajan Shahi for making her wish to be a heroine come true even at this age.

As to if she ever thought she would get a chance to romance on screen at this age, she adds,

”I never thought I would get to romance on-screen at this age, especially the one which I am doing right now which puts your heart racing, and there is no physical contact between the characters. I see a lot of physical chemistry happening in shows but here the audience is craving for it.”

About mature love stories having a fan base on TV, she said how they will always have a fanbase and it is wonderful to see young people romancing but for women, who are above 40, characters like Anupamaa and Anuj come along, who make them believe that there can be a prince charming in their lives too.

Lastly, she spoke about husband’s reaction to the scenes, his feedback, and if he gets jealous. To that, she said,

”My husband is loving the present romantic track between Anuj Kapadia and Anupamaa. We both watch the show together. He is my biggest critic as well as my biggest supporter. Since he himself has directed so many commercials, he catches the little nuances and tells me that I could have done this better or this thing didn’t work. So I kind of listen to a lot of things he says and try to improve upon them. My husband is my biggest fan.”